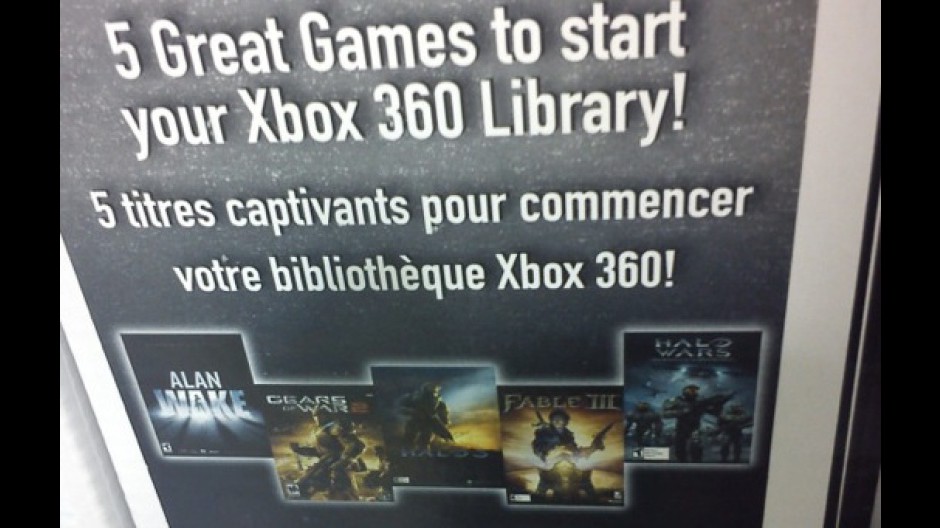 According to a picture that was tweeted by a game store employee, a  new Xbox 360 bundle is on the way, and it will include five pre-installed games- Halo 3, Halo Wars, Gears of War 2, Fable III and Alan Wake. They will reportedly take up 29.51GB of space on the HDD, on which they will be pre-installed.

Seeing as all five are pretty awesome games, 30 GB isn’t much of a price.

Joystiq says the bundle will go on sale in Canada tomorrow for $299. It isn’t known if this deal will be available in other regions. Stay tuned for more updates.