Fight against the Ashen Empire, because fighting is fun! 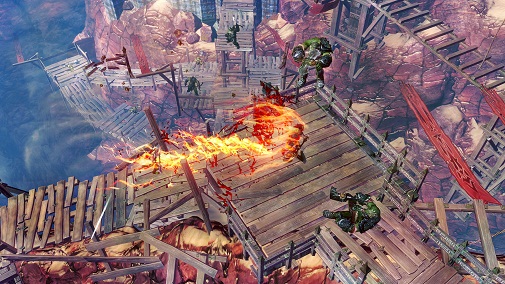 Deep Silver recently announced and revealed some details about upcoming action RPG Sacred 3. The story follows a group of heroes who must combine their powers to defeat Zane Ashen before he gains the Heart of Ancaria and unleashes terror upon the realm.

Up to four players can compete in a co-op mode, that also has it’s share of competitiveness. Basically, kill more than the other dudes. Because really, who decided that bloodshed was worth sharing?

There are of course several classes to choose from such as the Safiri Warrior and Ancarian Lancer. Each has it’s specific skill set, Combat Art, perks and equipment to further increase the effectiveness of your party. Hopefully there’ll be a vast variety of loot to compete with Diablo 3 and the upcoming Torchlight 2.

Developed by Keen Games, it’s planned for release in 2013 for the XBox 360, Playstation 3 and PC.