It's the second class out of the total four classes in the game.

Deepsilver has released a new trailer for Sacred Citadel which shows a second character called Khukuri Shaman. Sacred Citadel is a side scroller and features four characters, out of which, Khukri Shaman is the second.

The powers are basically what Shamans do, like “cause buff effects on herself, the whole group, and even the enemy! She can heal her companions, strengthen the group’s attack skills, or even curse their enemies in order to blow them up.”

It is supposed to be a healer class in the game and can be used in a very tactical way in co-op.

Fierce Grimmoc warriors have almost brought the companions to their knees. The Safiri Warrior is overwhelmed by the sheer number of onrushing fighters, and his health is rapidly decreasing. In comes the Khukuri Shaman – quickly, she casts a spell to heal her party members. To counter the overpowering Grimmoc horde, she then rushes into battle to deal out crackling energy bolts with her magic wand.

We also have some screenshots for you which you can check out below. 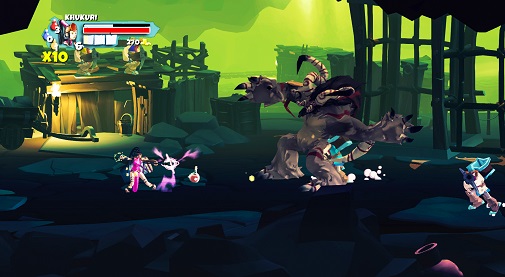 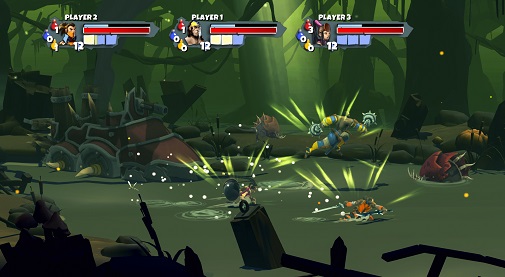