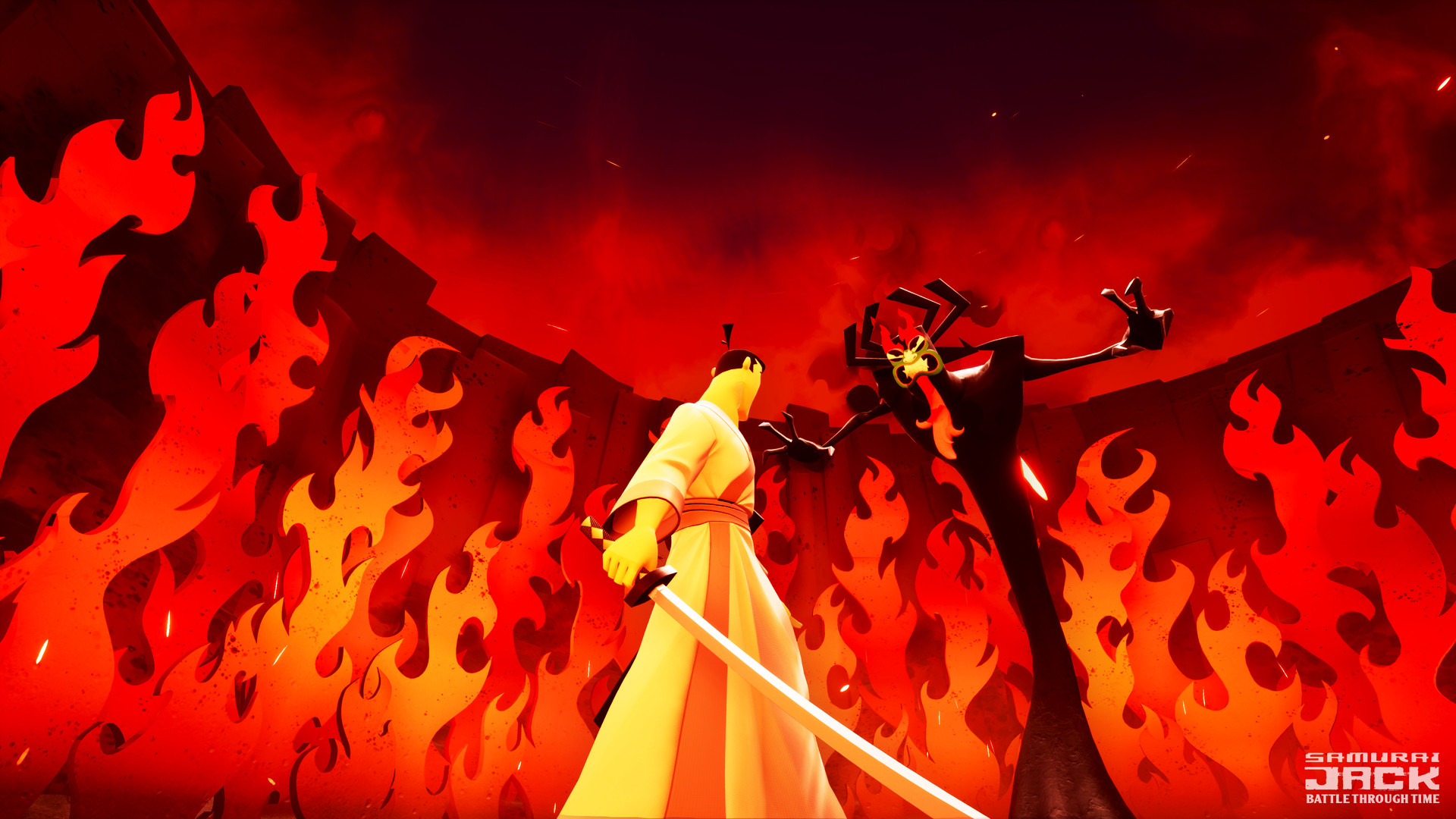 Beloved animated series Samurai Jack is making a comeback but as a new hack and slash action adventure by developer Soleil Ltd. Samurai Jack: Battle Through Time sees our hero exploring locations, hacking enemies apart and experimenting with a variety of enemies. Check out the latest gameplay interview by IGN where the show’s creator Genndy Tartakovsky offers his thoughts.

Taking place after the end of Season 5, namely Episode CI, Battle Through Time will feature familiar allies and foes. Along with exploring a 3D world, sometimes the action will shift to a 2D platforming perspective as Jack traverses the environment. Overall, the aesthetic is perfectly in keeping with series’ tone.

Samurai Jack: Battle Through Time is currently in development for Xbox One, PS4, PC and Nintendo Switch. It’s currently slated to release this Summer but a more solid release date is still pending. Stay tuned for more details and announcements as IGN’s Summer of Gaming expo rolls on.