Check out this neat little hack and slash today. 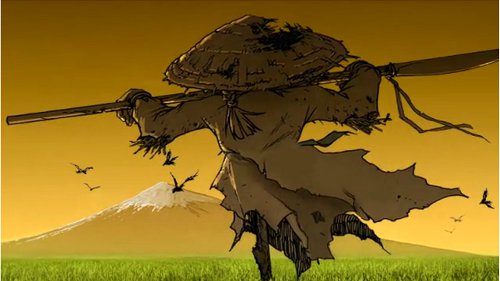 Kickstarter isn’t the place that only the big time designers go to when they need to properly fund their creativity. It also holds such interesting efforts as Scarecrow Samurai, top-down hack ‘n slash game. Of course, it’s still a ways off from it’s $6000 USD funding goal. To help things along, developer Kobayaghi Industries has released a playable demo to showcase just what players will be receiving and to drum up interest from those who have yet to pledge.

In the one level demo, you’ll be taking control of a wicked dual katana wielding rabbit as he mows down raccoons, boars and crowds. Of course, there’s also a giant skeleton boss who feels like ruining the so-called scarecrow’s day. Despite requiring more polish, the game is fast and fluid, and quite a blast to play.

Samurai Scarecrow isn’t the kind of game you sink hours into. It’s a cute little diversion and would work great with smartphones or some casual gaming. Check out the Kickstarter page here, and pledge a few bucks if you enjoy the demo.