Contend with the four Ashen Lords and use their skulls as weapons. 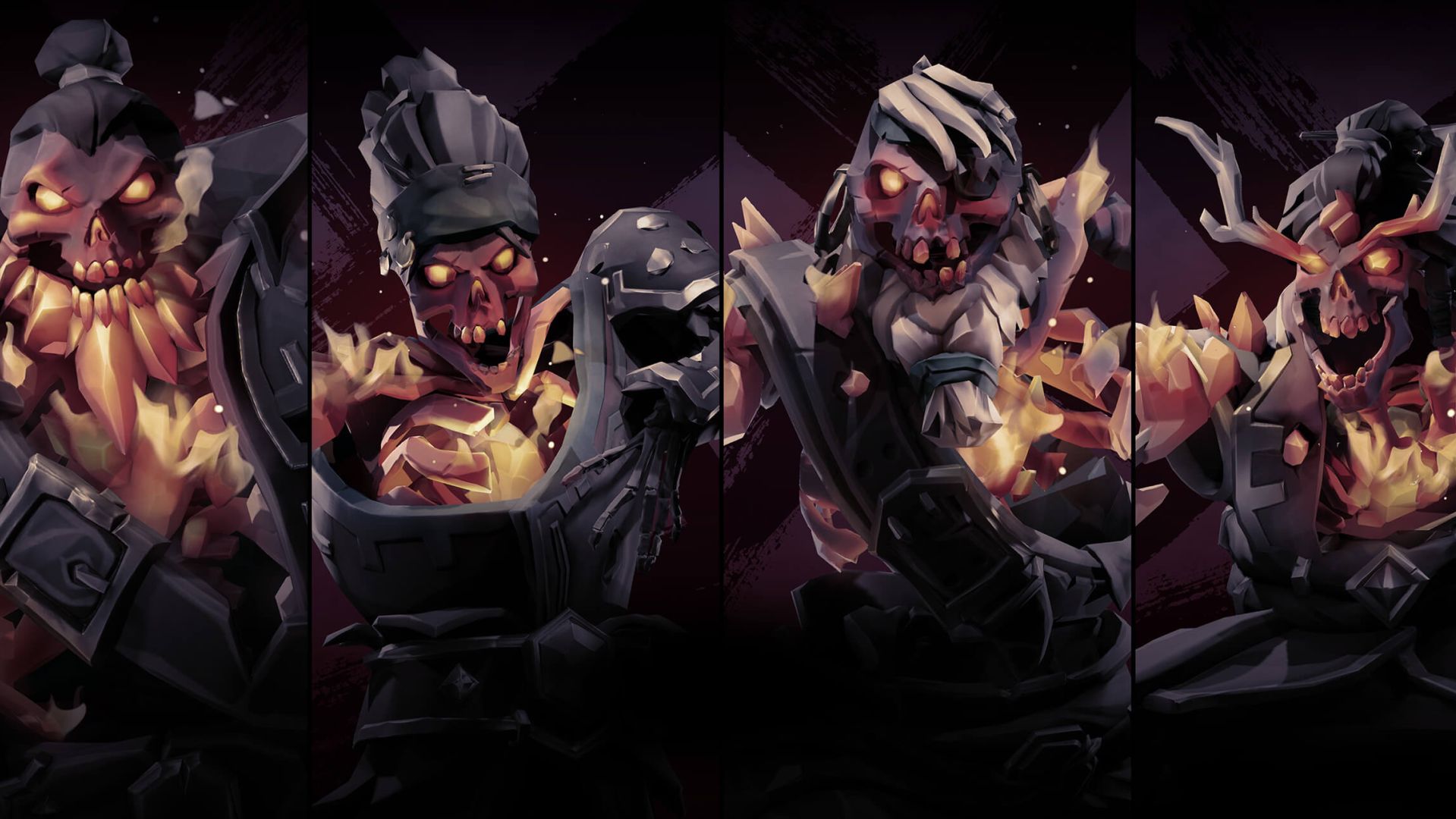 A smattering of new content has gone live for Sea of Thieves players with Ashen Winds. It sees the Ashen Lords rising up to cause mayhem, spewing fire all over the place and making it rain meteors. Check out their abilities in the trailer below.

There are four Ashen Lords to face – Captain Grimm, Red Ruth, Old Horatio, and Warden Chi – and their skulls fetch a nice price with The Order of Souls. They appear randomly through one’s travels, but you can also find a Lord near an Ashen Winds Cloud. Of course, those lucky enough to defeat them can also use their skulls as flamethrowers for maximum devastation.

Along with the Ashen Lords, the update brings new pets, ship liveries and emotes to the Pirate Emporium, and an Events Hub. The latter is the perfect place to check for ongoing live events, challenges, daily bounties, and much more. Sea of Thieves is currently available on Xbox One and PC with a recent launch on Steam. Rare recently announced that their seafaring adventure has had over 15 million players since launch.