“We want people to think, this is my very own Rare-created pirate character.” 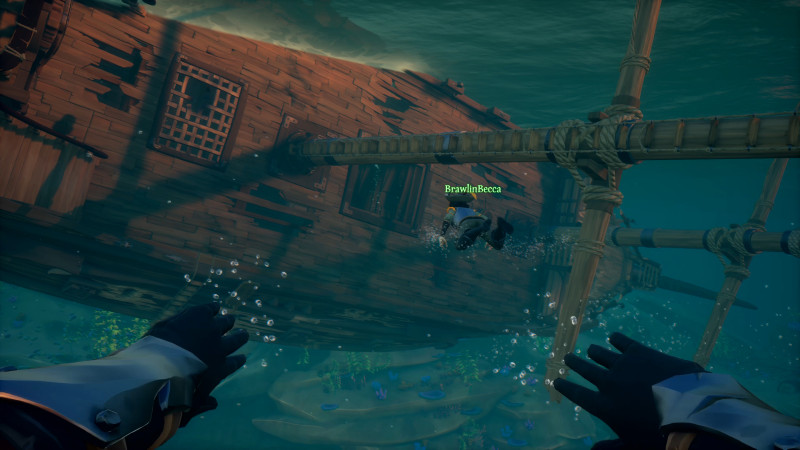 Tons of games which don’t revolve around a set story have character generation, allowing players a wide degree of freedom to craft their own avatar to represent themselves in the world and generally enjoy some self-expression. Sea of Thieves is not like that, as reported by Eurogamer.

Instead of a bunch of sliders and options to craft your perfect swashbuckler, Sea of Thieves offers the player a bundle of pirates in a tavern eight at a time, running a wide selection of body types, looks, skin tones, gender, wonkiness, “pirate-ness”, etc. You’ll be able to generate a new set of pirates if nothing grabs you, but you won’t be fiddling with dials.

“We want people to think, this is my very own Rare-created pirate character. It will encourage players to pick a character who wouldn’t normally be a character they would create in a character creator. It’s not about just making ourselves. Also, I love this notion of, it gives you your own Rare character to go and play the game with,” says studio director Craig Duncan.

While you can use vanity items after the game begins to customize from there, Rare deliberately decided that they would have players pick their own “Rare-Created Pirate Character”, encouraging players to play as someone they wouldn’t normally be. How do you feel about this method? Let us know down in the comments.