Sea of Thieves’ First Update Fixes a Host of Bugs

But you still have to download the full client file again! 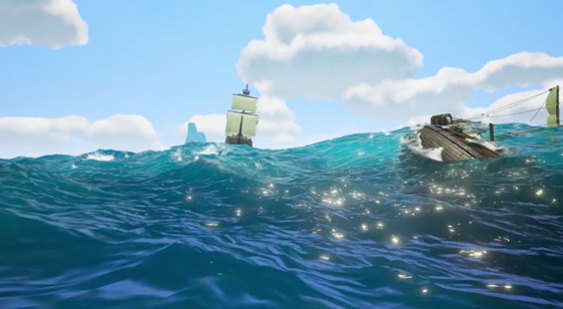 The very first update for Rare’s Sea of Thieves is available now. Version 1.01 actually involves a full download of a new version of the game client, but in spite of the added strain on your bandwidth, the update itself doesn’t actually do much in the way of front facing features or additions—most of its changes are behind the scenes and invisible, as it addresses and resolves a series of bugs and glitches.

Apart from bug fixes, the update also makes some performance fixes for the game across the Xbox One S, Xbox One X, and PC—although judging by early reports, the biggest beneficiaries of the performance upgrades are players on the Xbox One X.

You can, of course, check out the full patch notes for the new update for yourself on the game’s website. Meanwhile, you might want to check out the game for yourself as well, especially if you have Game Pass—though Rare still has work to do on it, GamingBolt’s Will Borger suggests that Sea of Thieves is still a worthwhile experience.