Sea of Thieves Kicks off Return of the Damned Adventure, Will be Live Until November 17

Rare has kicked off the newest adventure for Sea of Thieves. Titled Return of the Damned, the new adventure focuses on the impending return of Skeleton Lord Captain Flameheart. 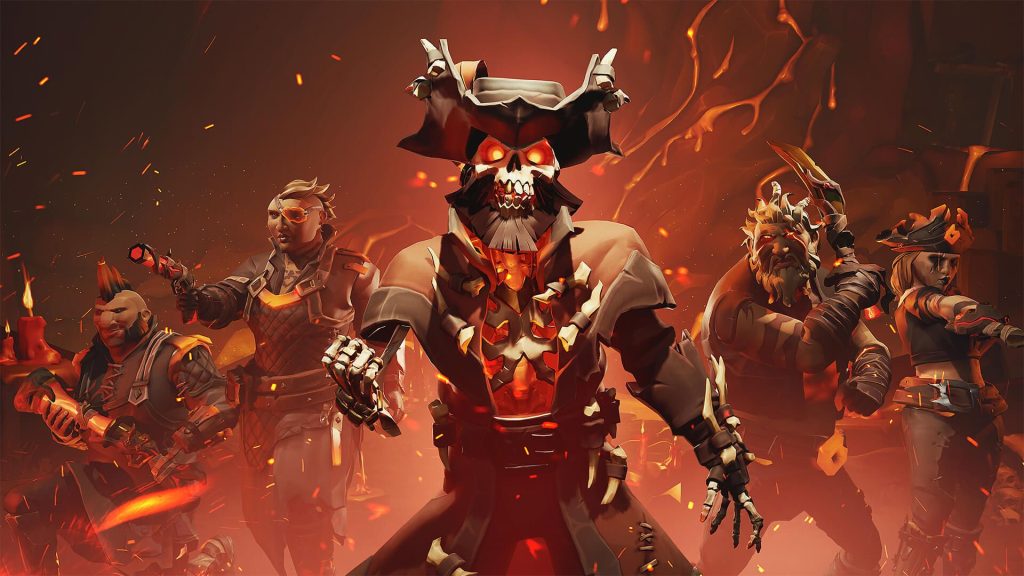 Rare has announced that the new adventure for Sea of Thieves, titled Return of the Damned, is now live. The adventure is playable until November 17. Check out the cinematic trailer below.

Return of the Damned revolves around the return of Skeleton Lord Captain Flameheart. Players have to decide whether they will ally themselves with Belle, or with the Servant of the Flame.

Gameplay will revolve around both sides trying to get their hands on Bewitching Dolls and harness their energy. These items can be found around six Sea Forts, and can be delivered either to Belle or to the Servant of the Flame.

To take on a Sea Fort and claim the Bewitching Dolls, players will have to get a fresh flag from the new adventure representing their chosen side. Pirate crews can also sabotage other pirates by taking their flag down while the adventure is live.

Sea of Thieves is available on PC, Xbox One, and Xbox Series X/S. The game is also available through PC and Xbox Game Pass.