Rare is also bringing on a fourth team to help with future updates. 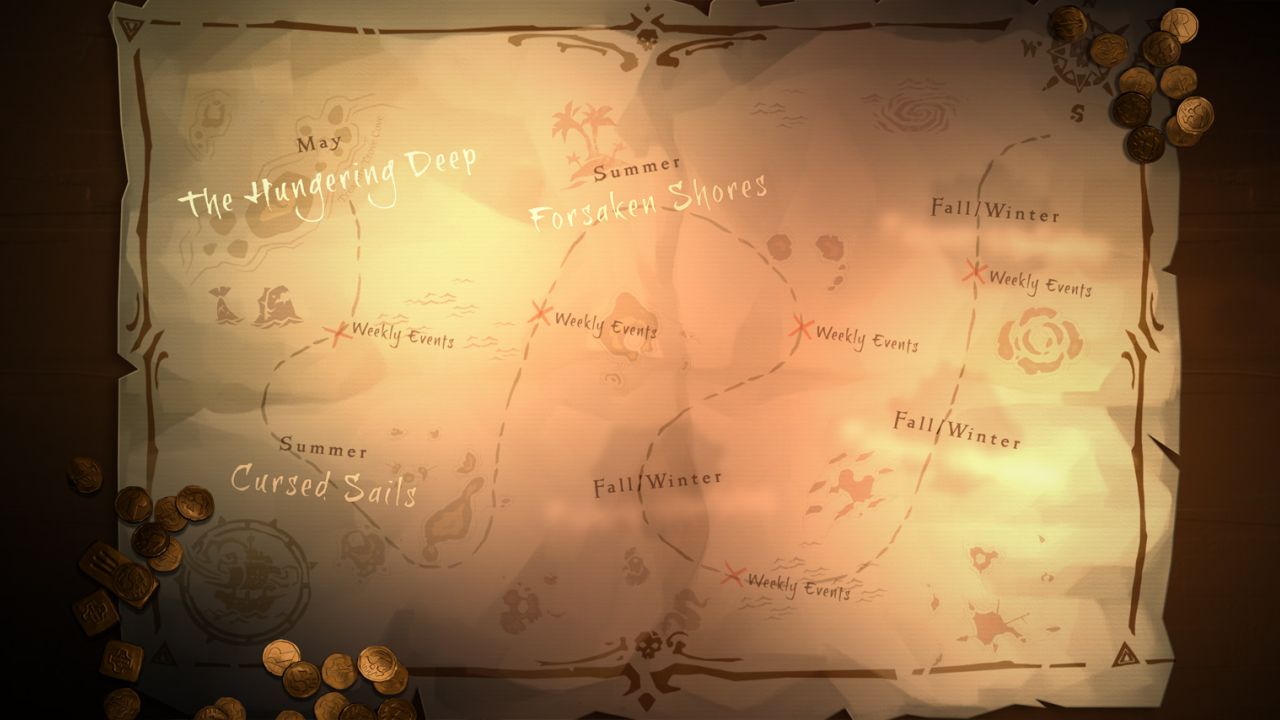 If you thought Rare was taking a break after its current content roadmap for Sea of Thieves, think again. The studio has confirmed that three more content updates will be releasing for the shared world pirate adventure later this year. These will follow Cursed Sails (out in July) and Forsaken Shores (releasing in September).

This quick content delivery is something that Rare is looking to continue into the future, according to design director Mike Chapman. Along with studio head Craig Duncan, Chapman spoke to IGN about the team’s ambitions when it comes to Sea of Thieves.

“We’ve always talked about wanting to change perceptions of what multiplayer could be,” he said “One way you could look at it is we’ve done the really hard part. And now we’ve got this magical opportunity to make all the areas of the game richer. And beyond The Hungering Deep, Cursed Sails, and Forsaken Shores is coming, there’s going to be three more this year as well.”

That “next thing” is the update coming after Forsaken Shores. Similarly, the team behind Cursed Sails will work on the update after that once their work is finished. To further assist in content creation, a fourth team will be brought on as well.

Duncan said that, “Our goal is to try and give each team more runway but keep the cadence quick. We’re actually bringing on a fourth team as well, so we’ve got more people working on Sea of Thieves now than when we shipped. I think the takeaway we want everyone to know is if you’ve got into to Sea of Thieves – we are fully committed to Sea of Thieves in the future.”

Sea of Thieves launched to much fanfare (and concern) in March 2018. Though the shared world pirate adventure found its share of takers, others expressed disappointment at the sparsity of content and quality of life features. Rare has been supporting the game heavily since then with free updates, in-game events, new cosmetics, new activities and features like private crews. Time will tell what the future holds but for this year at least, it’s smooth sailing for Sea of Thieves players.