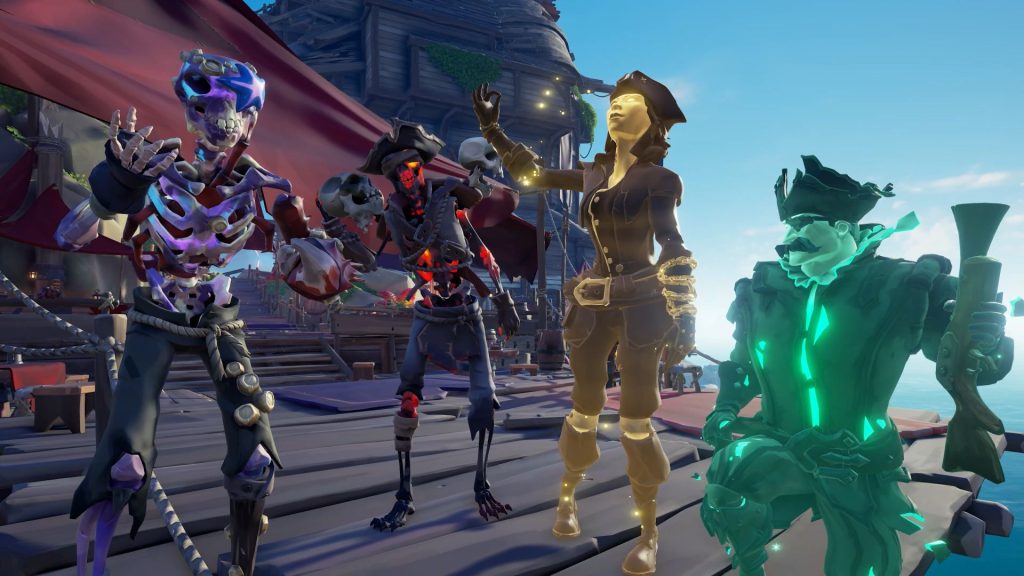 Rare has released a new video for Sea of Thieves, detailing the content coming to the game in its upcoming Season 8. The 9-minute-long video shows off new features like new locations to explore and new cosmetics. Check it out below.

The biggest feature of Sea of Thieves Season 8 is the ability for players to opt in for on-demand PvP, which will throw players right in the midst of epic ship battles. Players will fight on behalf of one of two opposing factions: the Guardians of Fortune and the Servants of the Flame. Joining a faction also gives players access to cosmetics allowing them to represent their faction of choice.

Players can change their faction quite freely by making use of the new Hourglass of Fate item in the captain’s cabin on a ship. Picking a faction essentially marks players as ready for PvP right then and there. Those who want to go on the offensive and hunt down pirates from the opposing faction can make use of the War Map on the Captain’s Table. Doing so throws the crew and their ship underwater as a worthy opponent is found for them.

Players can use their time underwater to ensure that their ship is ready for a fight. Once an opponent is found, the ship busts out from underwater close to their opponent. Both ships are put in an area designated for the battle, and can be scouted out by using the ship’s map. Leaving the designated area sinks your ship and counts as a forfeit.

Winning fights raises the value of the Hourglass of Fate, and players can choose to leave the battle whenever they want. Getting to a high enough level with either of the two new factions lets players transform their look to suit their faction of choice, be they spooky nautical ghosts or fiery skeletons.

Season 8 also adds two new alignments for Captains. The new alignments come with milestones that can be completed to unlock new trinkets, crests, and other themed cosmetics.