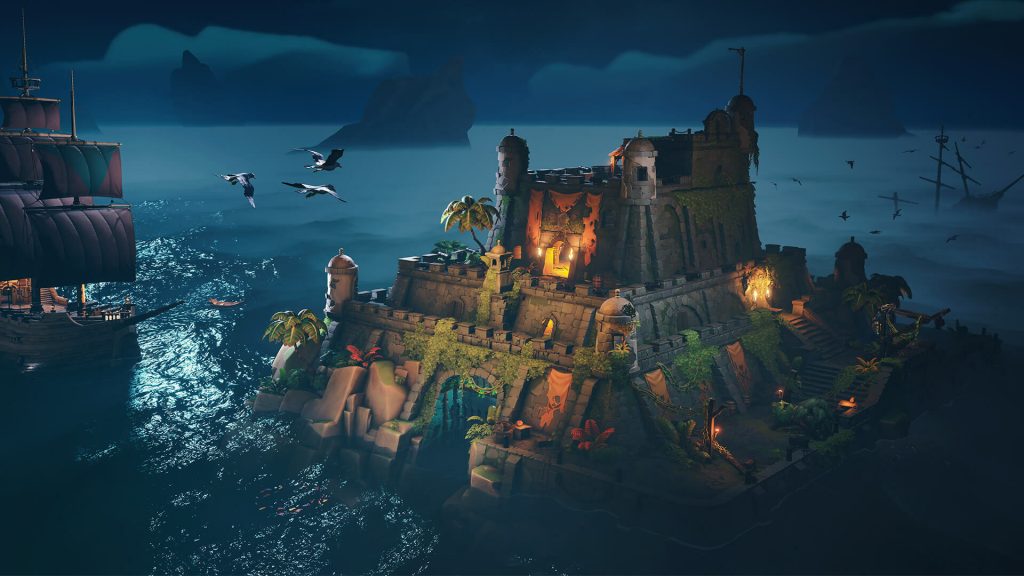 Rare has big plans for Sea of Thieves that span several years, and while we’re going to have to wait to find out what that looks like over the long-term, there’s plenty to dive into in the short-term as well. Having confirmed earlier this year that Sea of Thieves would continue receiving more new narrative-driven content throughout 2022, Rare has now gone live with Season Six of its pirate utopia.

That narrative-driven content comes in the form of “Adventure 2: Forts of the Forgotten”, which picks up where “Shrouded Islands” left off. Meanwhile, Legend of the Veil, a new Voyage exclusive to Pirate Legends, will also add new story content later in Season Six, adding new challenges and tasking players with hunting for lost Veil Stones in new locations. Rare says this new Voyage will entail haunted island, shipwreck graveyards, and “a climactic naval battle against a Ghost Garrison.”

On top of that, Season Six has also added Sea Forts to the game. Six of these can be found scattered around the sea, with each guarded by phantasmal enemies and a boss in the form of a Sea Fort Captain. Clearing these forts will give players access to their treasuries for more plunder and loot, while each cleared fort will also, according to Rare, allow players to “make the most of its home comforts – including the well-stocked Homestead room with chairs and a blazing fire to put your feet up and share a well-earned grog with your crew.” Be on the lookout for rival crews looking to steal it all away from you though.

Finally, there’s a new Plunder Pass with another hundred tiers of rewards to earn, and various new purchase options at the Pirate Emporium. You can get more details on everything new that Season Six brings in the trailer below.

Sea of Thieves is available on Xbox Series X/S, Xbox One, and PC. As previously announced, with the launch of Season Six, the game’s PvP mode, The Arena, has now been shut down.