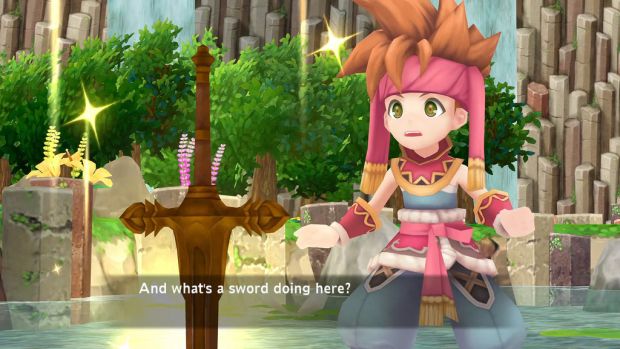 Square Enix has had a few surprises over the past few days but this is probably one of its biggest. Secret of Mana, the classic SNES action RPG, will be receiving a full 3D remake which releases on February 15th 2018 for PS4, PlayStation Vita and PC via Steam. Check out the first Japanese reveal trailer below.

As a sequel to Final Fantasy Adventure, Secret of Mana created an impact in the early 90s for using real-time combat as opposed to turn-based mechanics that made series like Final Fantasy and Dragon Quest so popular. Co-op multiplayer that allowed for other players to drop in and drop out was also innovative for its time.

Secret of Mana received a re-release on the Wii U Virtual Console in 2008 with a port for iOS and Android following later. It would also be ported to the Nintendo Switch as part of the Secret of Mana Collection which included Final Fantasy Adventure, Secret of Mana and Seiken Densetsu 3 on June 1st 2017.