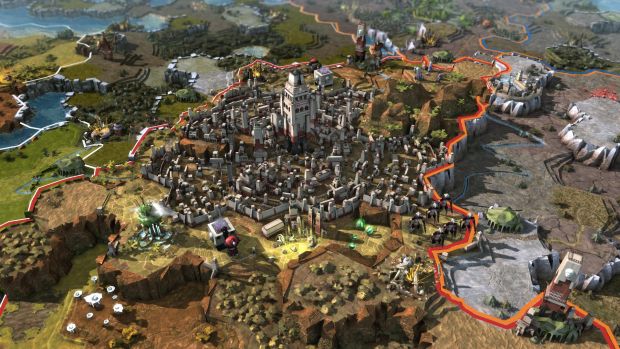 If you thought Sega’s strategy division was already a big deal with Relic Entertainment and The Creative Assembly on-board, it’s added yet another strong studio to the list with the acquisition of Amplitude Studios. Amplitude is responsible for the Endless series of games including Endless Space, Dungeon of the Endless and Endless Legend with Endless Space 2 in development.

Sega of Europe president Jurgen Post noted that, “To have the opportunity to add a studio with the growing reputation of Amplitude’s to the Sega family is an exciting one and reinforces Sega Europe’s position as a market leader in publishing high quality PC games.

“Culturally, Amplitude is a fantastic fit for the business as it not only produces great games, but also has a proven track record in listening to fans and directly involving them in the ongoing development of their games through their GAMES2GETHER system.”

Sega currently has Relic’s Warhammer 40K: Dawn of War 3 in development while The Creative Assembly is busy supporting Total War: Warhammer and adding post-launch content. What are your thoughts on Amplitude Studios joining the list? Let us know in the comments.