FromSoftware’s upcoming action adventure is looking good but what do you really know about it? Find out here.

FromSoftware’s Sekiro: Shadows Die Twice is out on March 22nd for Xbox One, PS4 and PC. It will be the studio’s first major action title since Dark Souls 3 released in 2016. More importantly, it marks a significant departure from the studio’s trademark Soulsborne genre into something that’s decidedly more action-adventure and stealth. Let’s take a look at 15 things you should know before buying into Sekiro, and whether it’s the game for you. 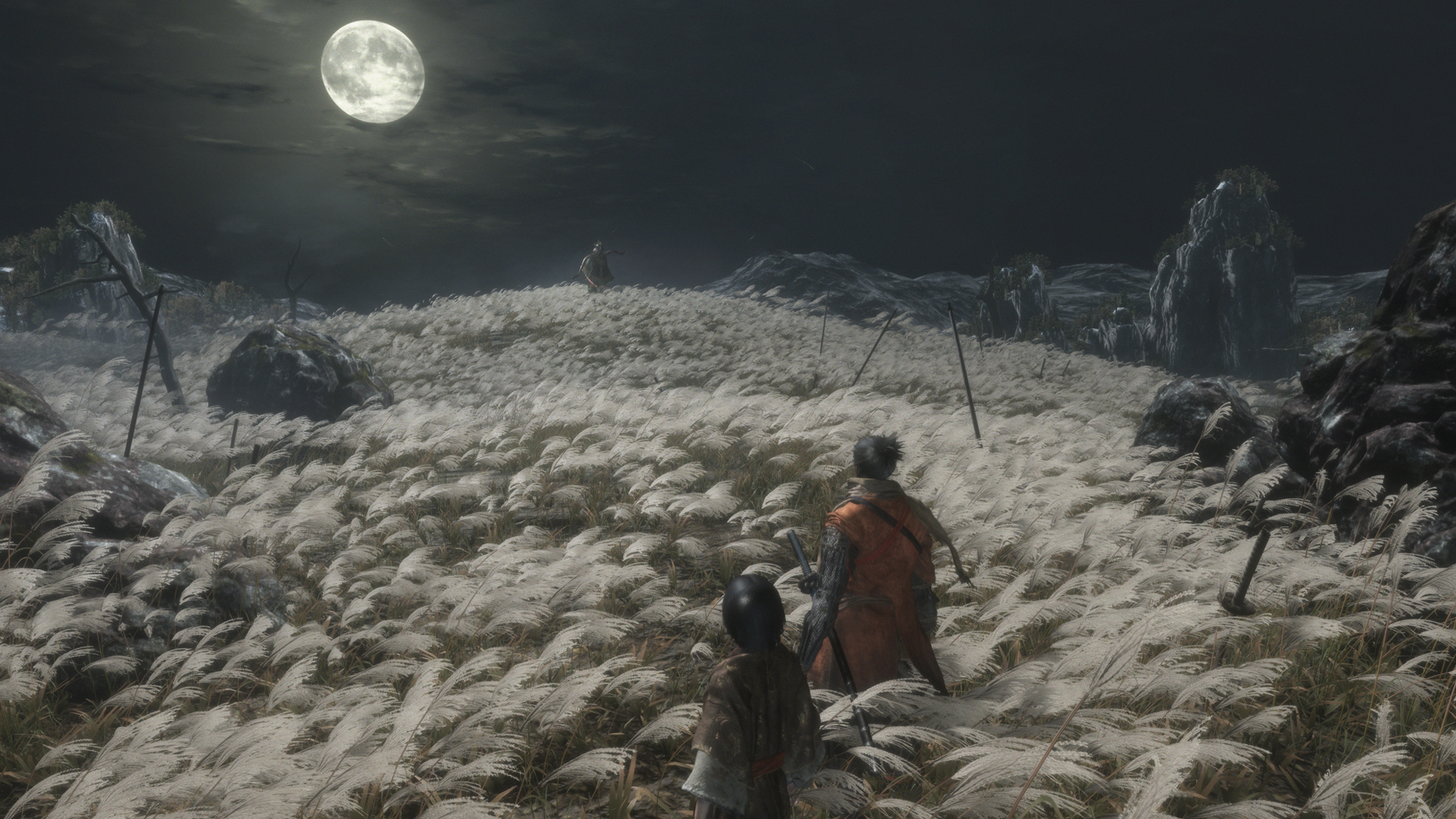 The set-up has been clear from the beginning. The protagonist, a shinobi, loses his arm to an Ashina clan samurai in a duel. His lord is kidnapped and the shinobi is seemingly left for dead. However, he’s rescued by someone known as the Sculptor who gives him a prosthetic arm and the name “Sekiro”. From there, the rescue mission begins. However, a recent story trailer seems to indicate an interesting past for Sekiro. He began following a warrior named the Owl from a young age, surviving the conflicts of the Sengoku era. How he got to where he is now, who he truly is and what secrets his past hold should hopefully be revealed in-game. 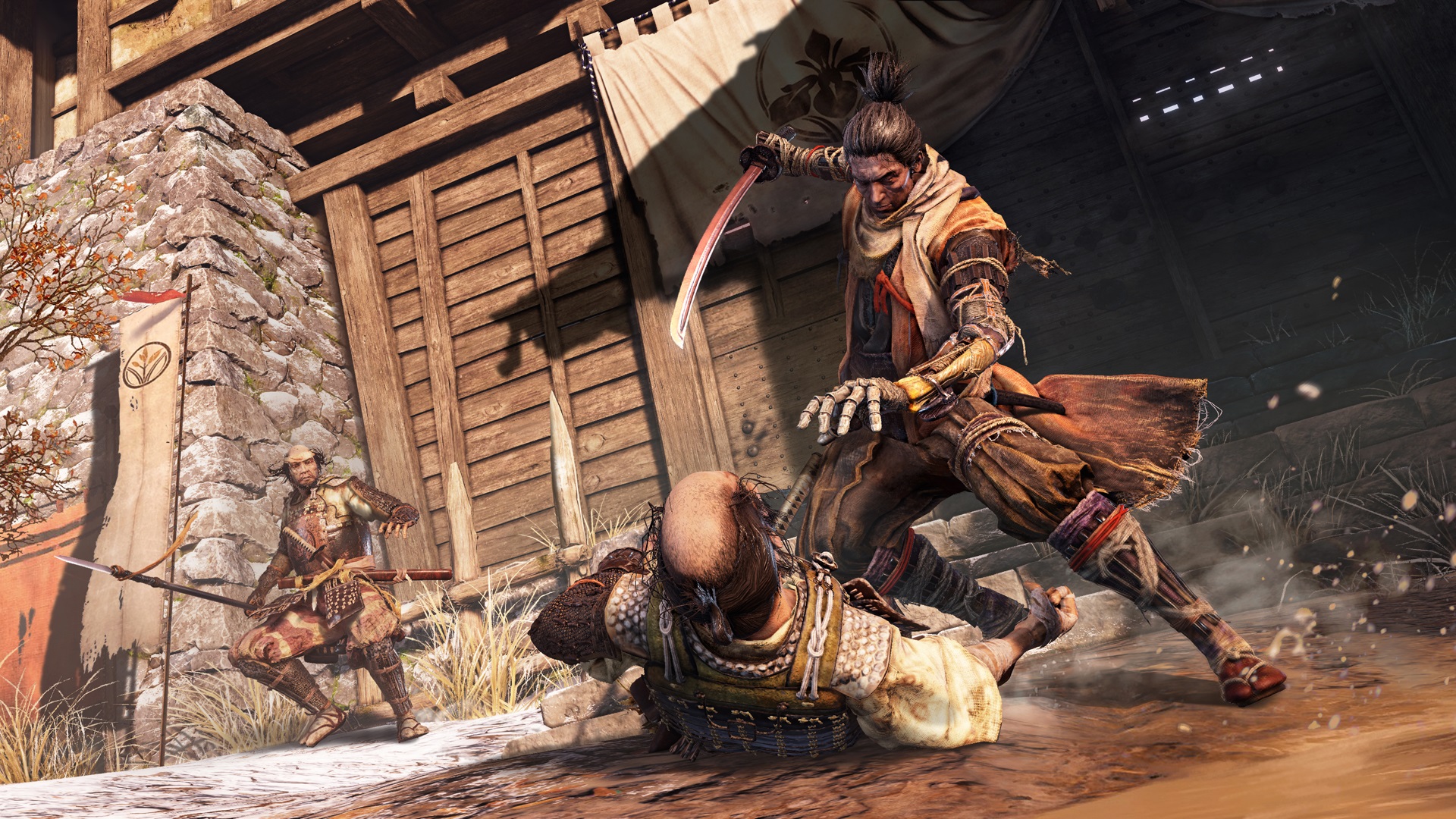 Lead game designer Masaru Yamamura summed up Sekiro’s combat as follows: “This is not Dark Souls, this is not Bloodborne.” Touted as something brand new, Sekiro’s combat is focused on measuring your opponent to know when to deflect and counter-attacking accordingly. Deflect an attack perfectly while your opponent’s Posture, represented by a meter in the lower middle of the screen, is low and they’ll be executed. It won’t be easy to deflect though – Yamamura notes that the timing is “very precise,” to the point that the development team had to tweak enemy attack animations frame by frame to make sure the player can intuitively understand the timing. 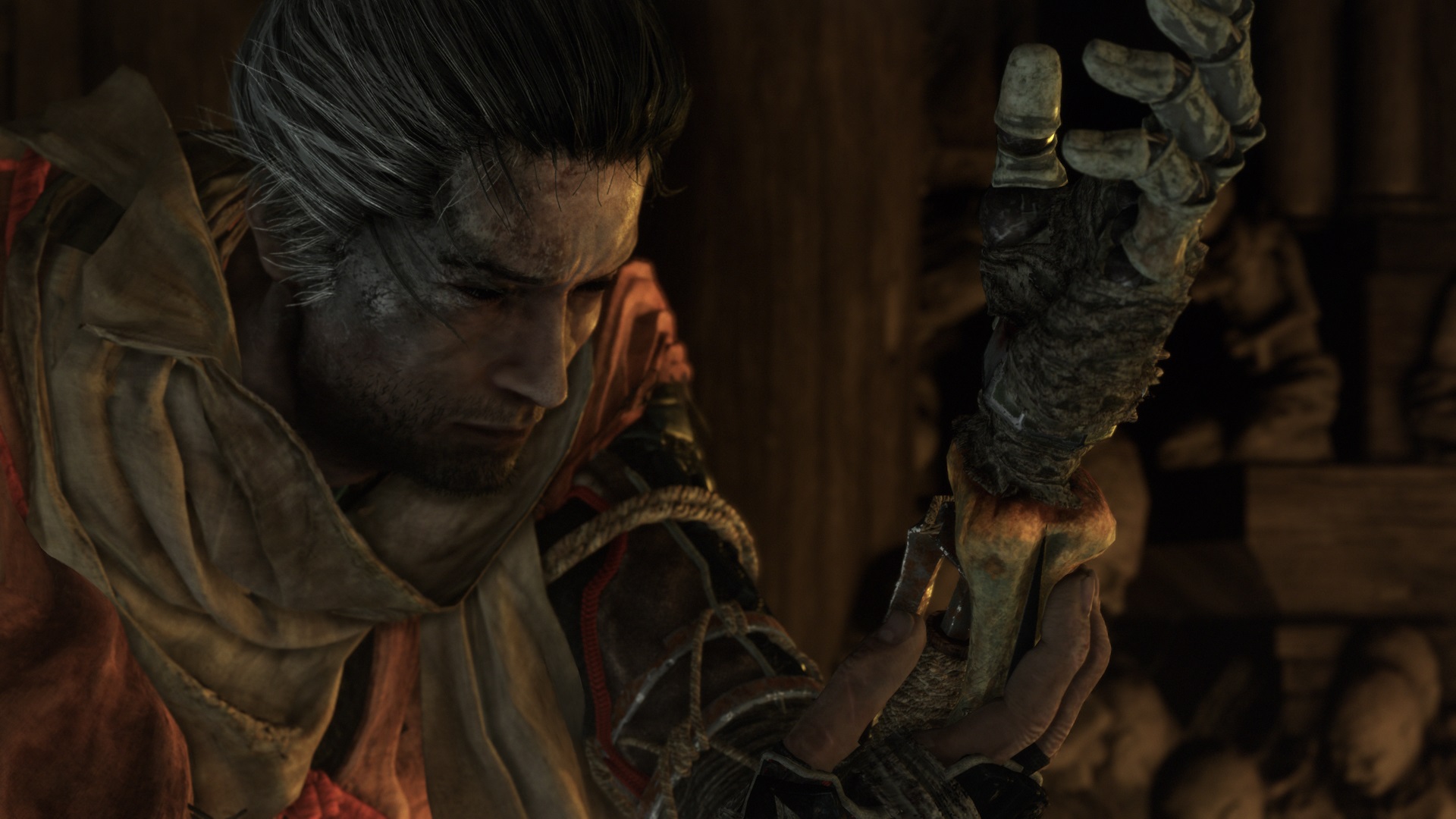 That false arm that Sekiro is touting is no ordinary prosthetic. It’s a tool that gives him an edge in battle. Players can use its grappling hook to traverse the environment seamlessly or deploy weapons like the axe for breaking enemy shields, fire-crackers for dazing enemies and even something that engulfs his katana in flames. You can even deploy a metal fan for use as a shield. Tools can be switched in the middle of combat and will consume White Spirit Emblems with each use. Don’t be surprised if even more tools are revealed as the game progresses.

Dark Souls and Bloodborne are generally straightforward when it comes to builds. You customize certain stats, build towards a weapon with a particular skill, equip the required items and so on. By comparison, Sekiro leans more into traditional XP levels you up and leads to skill points (with health and posture upgraded by collecting prayer beads). These skill points are spent in three dedicated skill trees with each catering to different play-styles like stealth, combat and the prosthetic tools. However, to upgrade a skill tree, you need certain items from the game to unlock it. 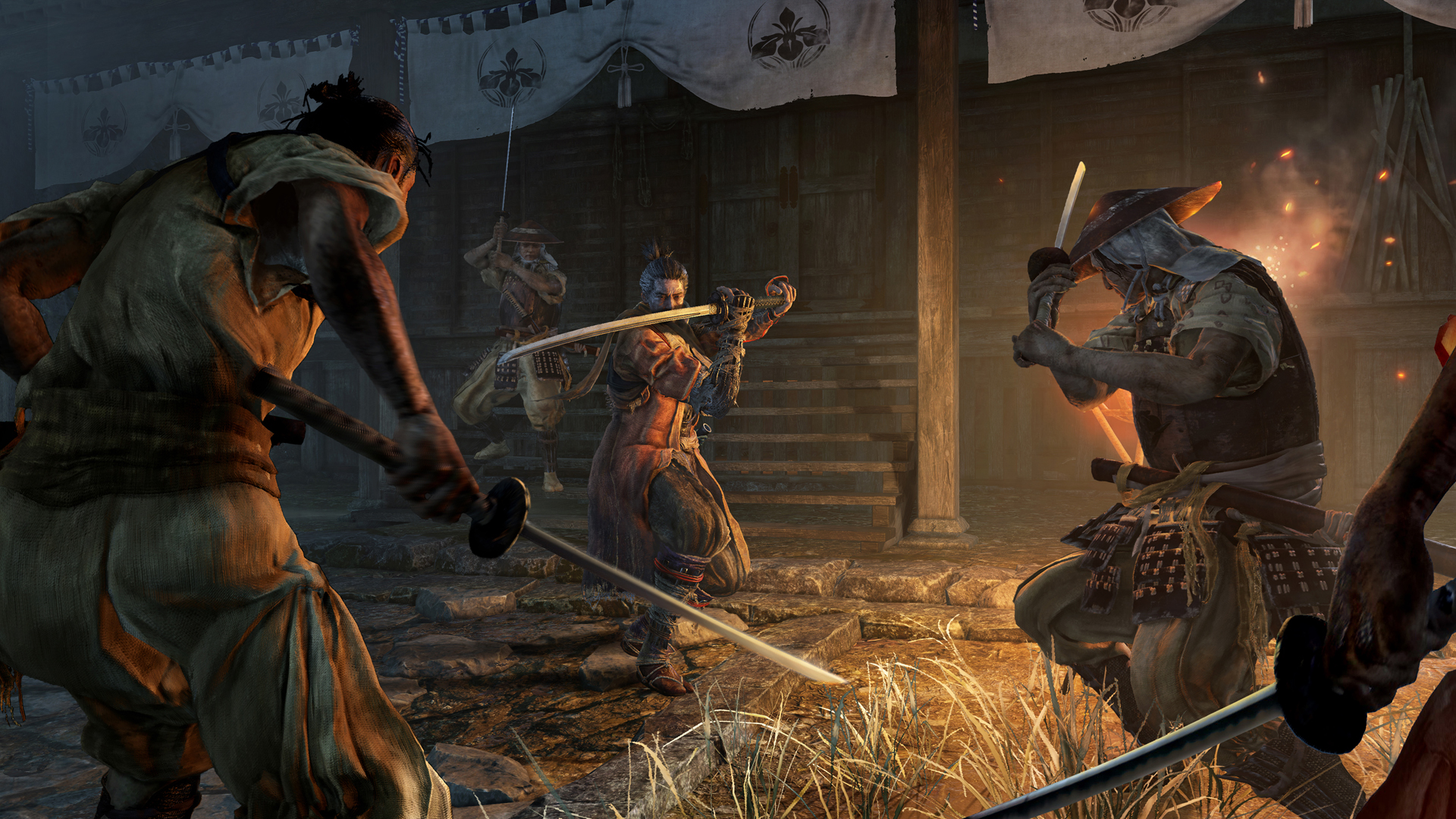 Along with skill trees for different abilities, there are also special combat arts that players can earn. While not much information was provided on this, FromSoftware’s communications director Yasuhiro Kitao did confirm that they would “make you feel like you’re role-playing in a certain way.” Perhaps there are combat arts that grant different move-sets or weapon proficiency? Perhaps they grant entirely new moves? Time will tell.

Ah, the beloved Corpse Run. You truly haven’t suffered in Dark Souls or Bloodborne without losing all your Souls/Blood Echoes, respawning and frantically running back to get them. Sekiro: Shadows Die Twice will be doing away with this though because, as CEO Hidetaka Miyazaki noted to Game Informer, he doesn’t want to keep doing “the same thing over and over again”. That doesn’t mean there won’t be any disadvantages to dying, even if the player can straight up resurrect themselves. Miyazaki was clear on wanting “the player to fear death in the same way they did before. But this will take on a different shape this time. If we were to just add in corpse-running or having to go retrieve something on top of that, it would have felt too messy or too desperate or a little too much like there’s too much at stake.” So don’t worry about losing gold or XP on death.

The lack of losing any materials when dying is a nice incentive to explore more. The world is designed for a greater degree of freedom in terms of exploration. Miyazaki described it as “probably on the higher end of the spectrum” compared to the freedom offered in previous games. Though the story sounds locked in up to the halfway point, you’re let loose after that with “a great deal of choice and freedom about which order and way you choose to explore.”

Of course, exploring around will benefit you during combat as well, whether it’s grappling up to vantage points and properly assessing battles before engaging or simply listening in on enemy conversations. You may even learn some of their weaknesses in the process. Yamamura stated that, “The eavesdropping mechanic, conversations with NPCs, overhearing enemy conversations. These are ways you can learn about the world, and gain hints about combat as well.”

Enemies Attacking Each Other 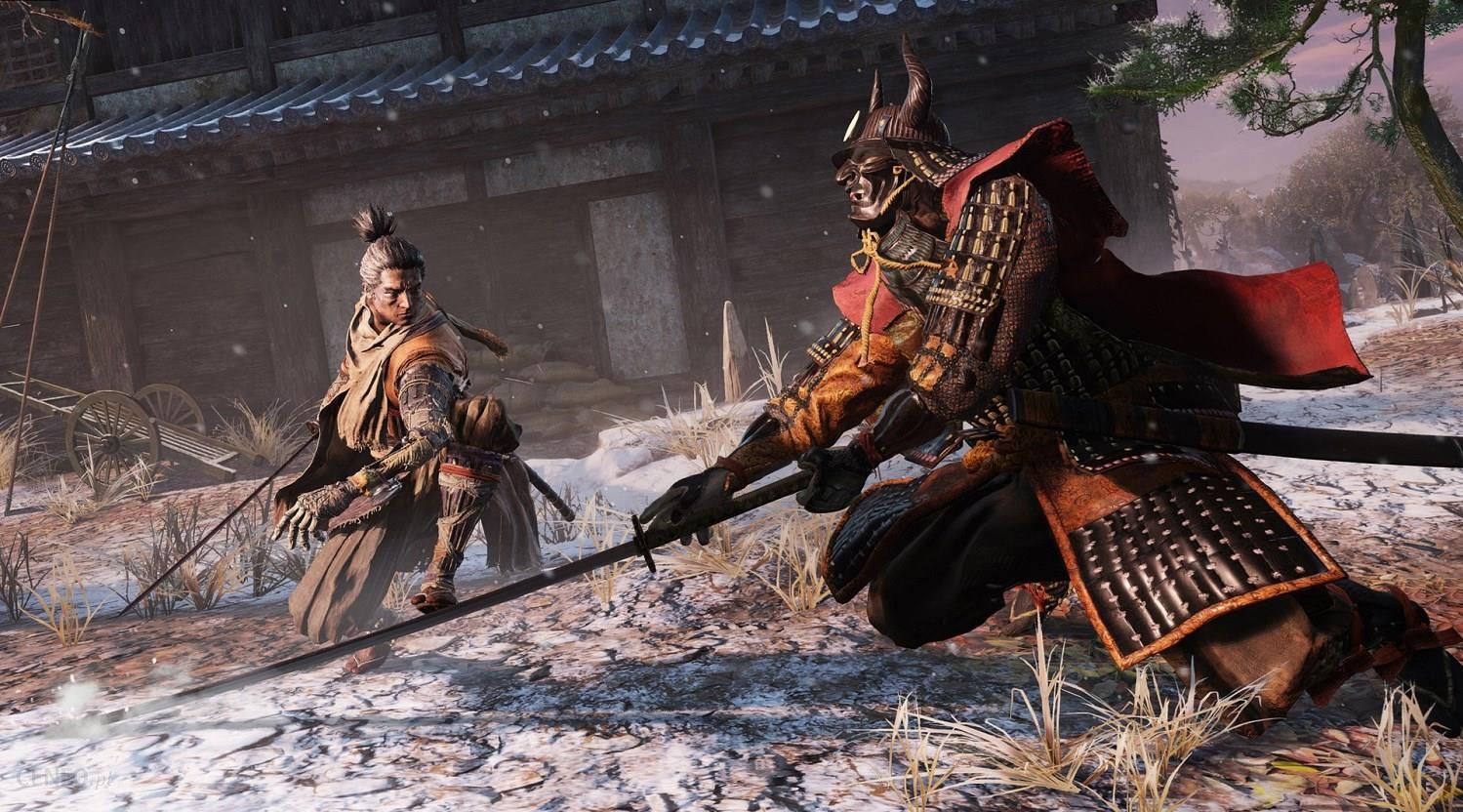 Further enhancing the dynamic nature of fights is the ability to bait certain enemies to attack others. Miyazaki says “you can create these situations in some way,” which can provide quite the advantage. Bait some demons toward enemy soldiers and pick apart whoever survives. That being said, it wouldn’t surprise us if different enemies started fighting out of sheer spite without any interference in the game world.

Given the nature of the grappling hook and the exploration aspect of Sekiro’s world, boss fights are more dynamic as well. You can move around the boss arena seamlessly, advancing and retreating as necessary but be careful – some bosses can also use their enhanced movement to quickly close the distance. We’ve seen this in fights with Lady Butterfly who deploys wires to walk on and bounce from with ease.

Not every boss will be like that, says Miyazaki. “There are boss fights that through design didn’t fit that staple. If in every boss fight you were able to use the grappling hook to zip everywhere or stealth kill every boss, it would just get monotonous and boring. So there may be boss fights where you’re up against a huge creature and you need to use the full arena and get around very quickly and use that dynamism, but there may also be fights where you just need to go toe-to-toe and use every piece of kit in your arsenal.” Of course, the environments themselves will have some role to play – there isn’t necessarily a ton of room to navigate when fighting the Corrupted Monk, for instance. Adapt and overcome, as they say. 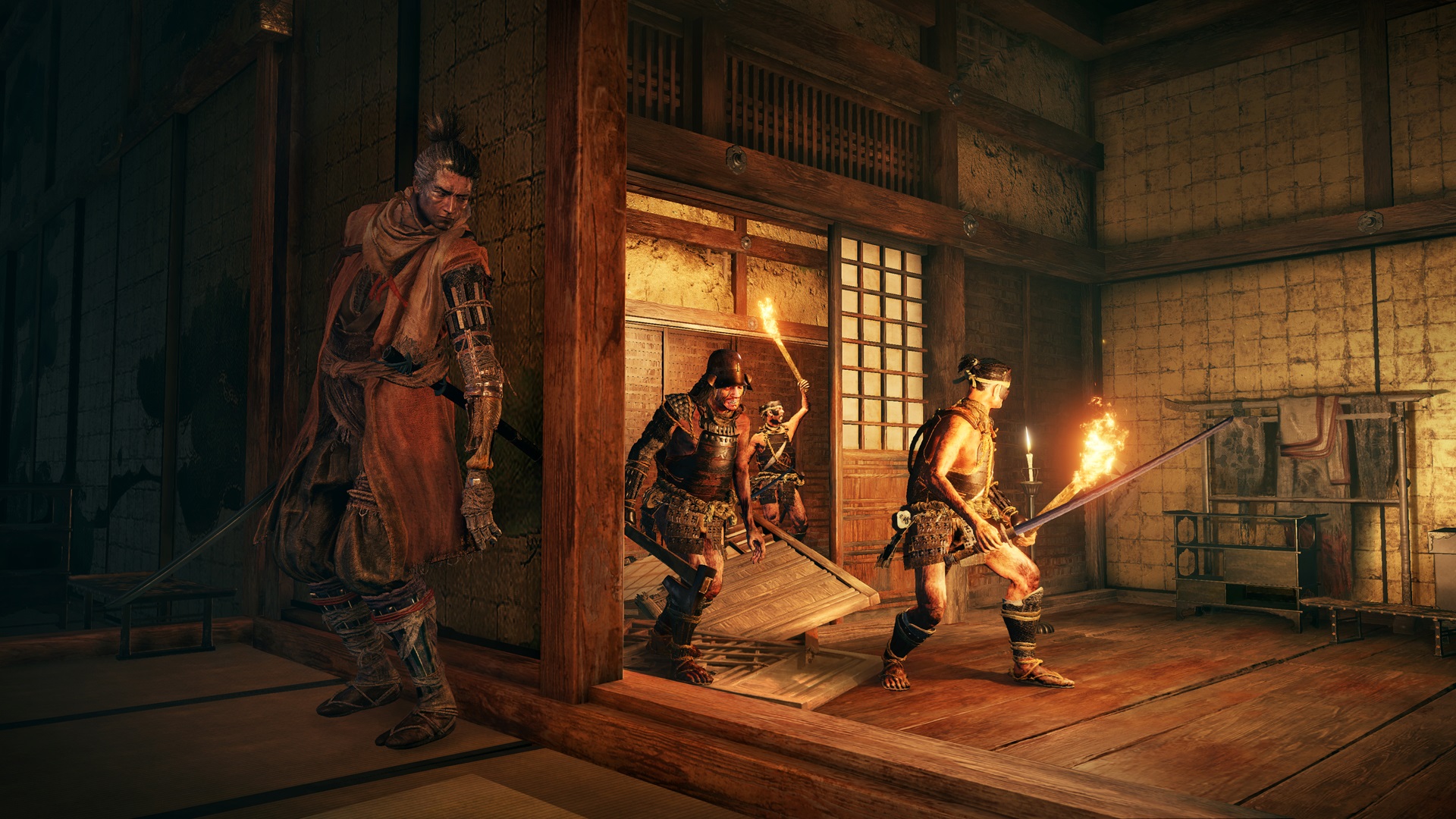 While it sounds like stealth will be fairly useful for eavesdropping and analyzing potential battles before jumping in, a full stealth playthrough isn’t possible. As Kitao told DualShockers, the bosses have to be defeated to advance forward but there are definitely some speed-running elements to take advantage of. “We don’t know if a full-stealth approach will be possible just yet, but much like the Dark Souls speed-run scene, there are definitely some speed-run elements in there that I think fans are going to enjoy,” said Kitao.

Dark Souls and Bloodborne are famous for their multiplayer mechanics which can see other players invade your world (and vice versa). Sekiro players will have no such luxury though because the game focuses purely on single-player. No multiplayer support whatsoever. Explaining this, Kitao told Variety that, “When you design a single-player game and a multiplayer game, it’s very different. The concept this time around, we wanted to focus on a single-player experience and not have any of those limitations when you’re designing a game that is meant as multiplayer. That was the focus and the decision.” So if you’re looking for some kind of PvP experience at launch, you’re out of luck. 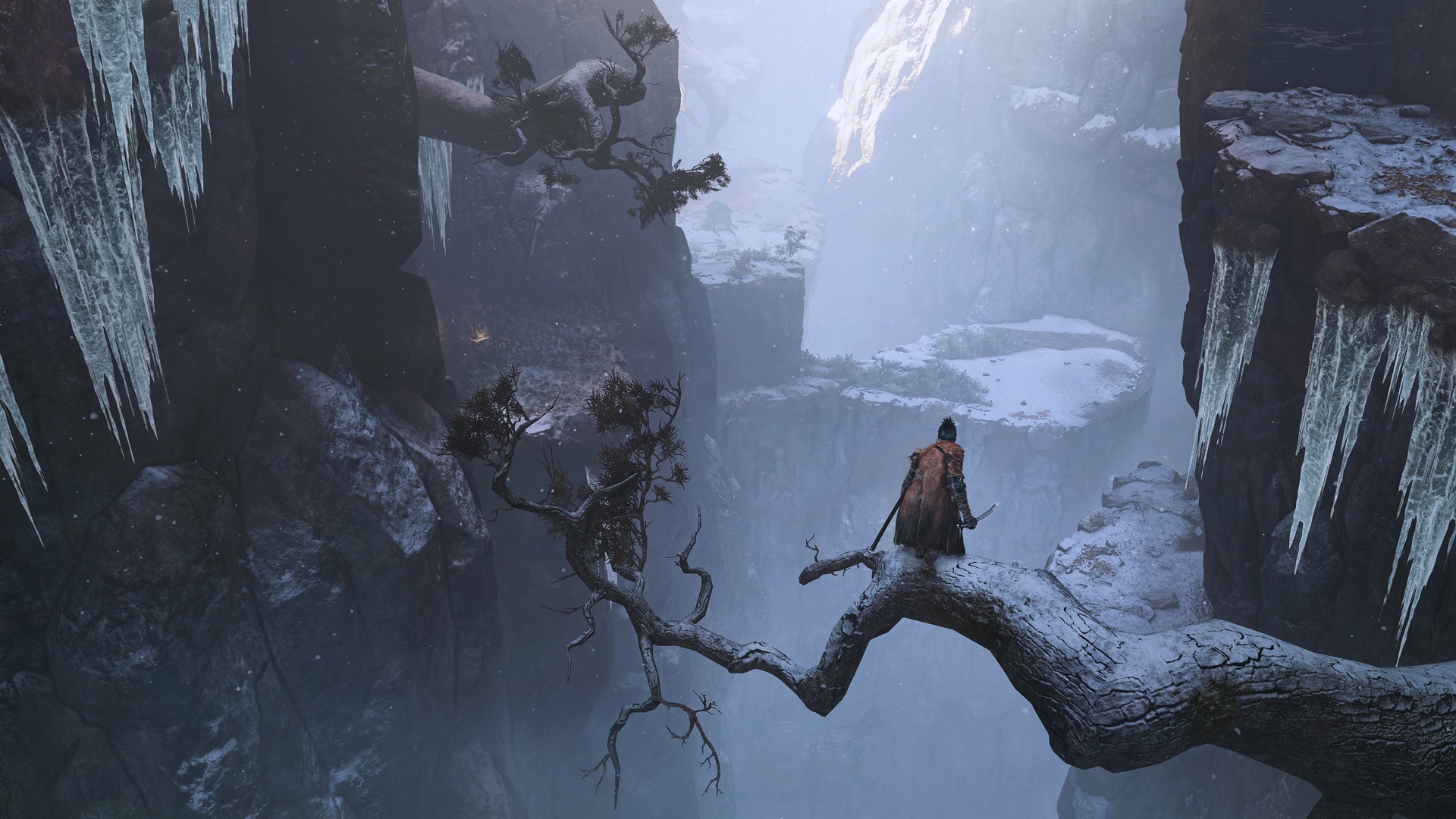 One aspect that does carry over from the Soulsborne series is multiple endings. Miyazaki revealed recently that these will be “even more rooted in the story”. It should be interesting to see what choices players can make to influence the ending (and whether resurrections will play a part). Furthermore, New Game Plus playthroughs with enemies increasing in difficulty have also been confirmed for Sekiro. 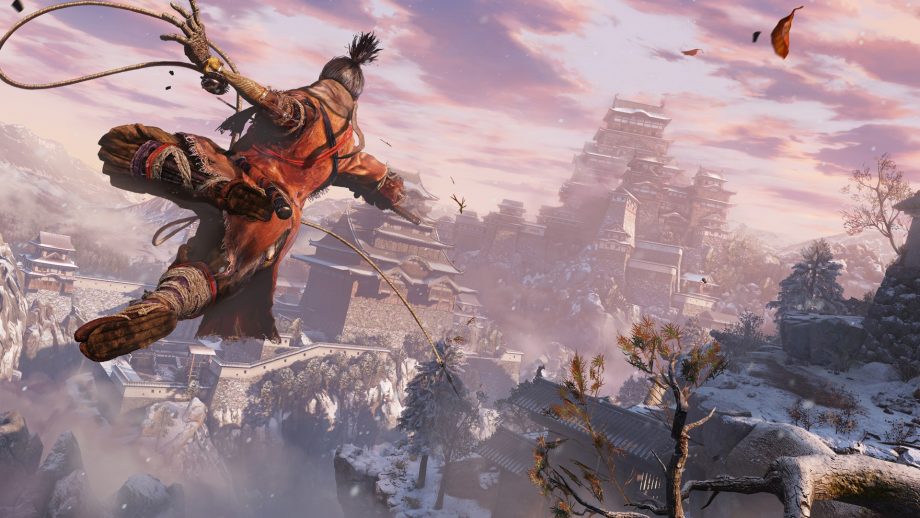 Some may be wary about Sekiro having “tutorials”, especially when Yamamura notes that the development team is being very friendly” with them. The tutorials won’t really teach players the various systems inherent in the game but instead highlight the overall appeal of the gameplay. This will be particularly useful for “players who are used to our previous titles- these people would play [Sekiro] and not really get it, and not really understand that appeal, and try and play it from a Dark Souls or a Bloodborne perspective,” said Yamamura. The idea of “friendlier” tutorials was actually based on advice from publisher Activision. “In the end, it was really us going to Activision and saying, ‘we need to teach this a little bit more here, and we need to be a little bit friendlier here,’” said Yamamura.

For those worried about Activision’s interference in the overall product, Kitao confirmed that full creative control was given to FromSoftware from the beginning. “Everything past the start screen is From’s jurisdiction. It’s a really great collaboration that we’re proud of.” Though help was provided in other avenues like user testing and usability, Activision has also been committed to retaining the mysterious aura seen in other FromSoftware titles. As Michelle Fonseca, Activision senior product and marketing director, told Game Informer, “We’ve been very thoughtful on what to show and how to keep that right pace for the fans. We don’t want to show too much [in the marketing], either. There’s a lot that we want to reserve for people to discover on their own.” 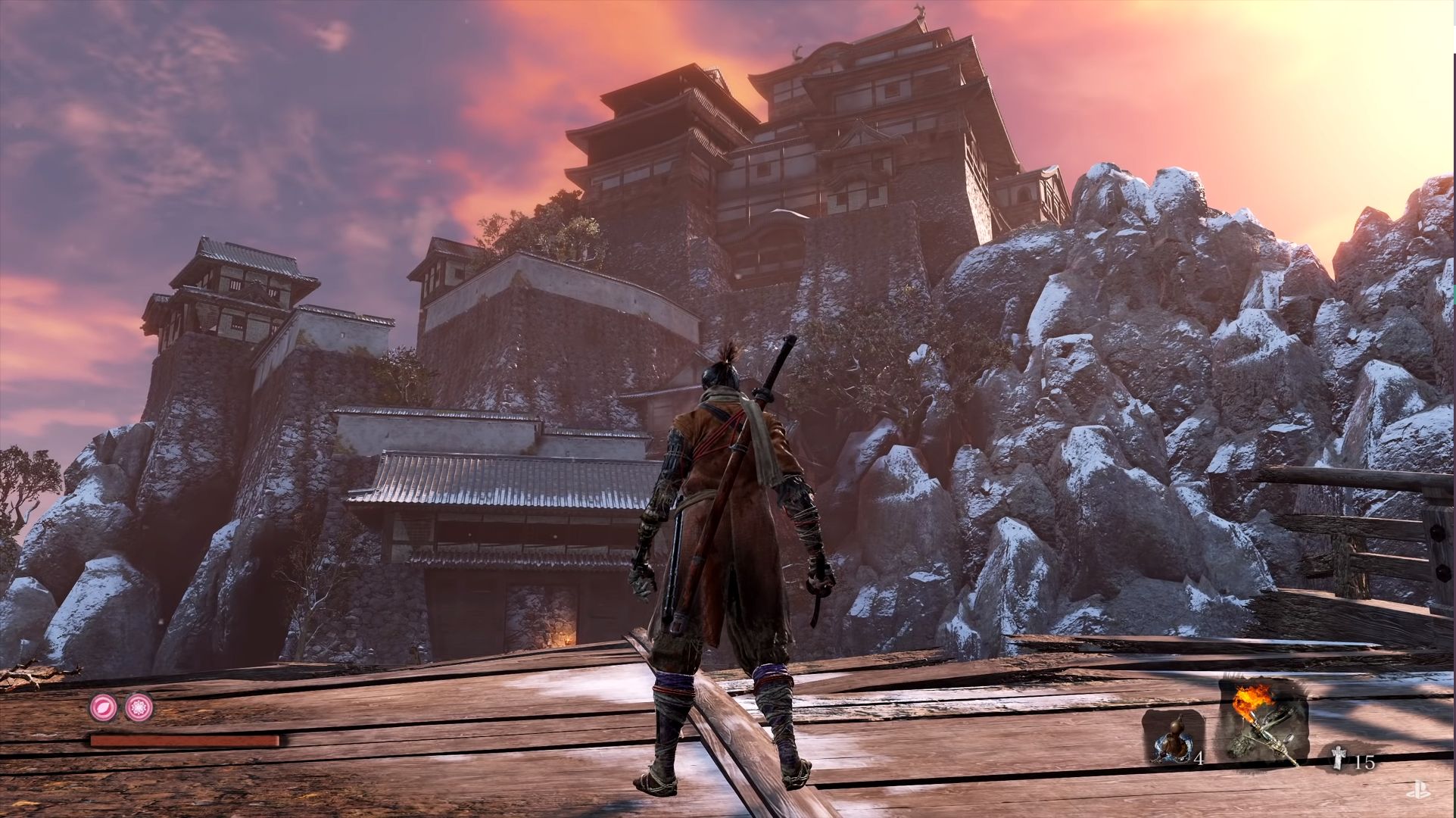