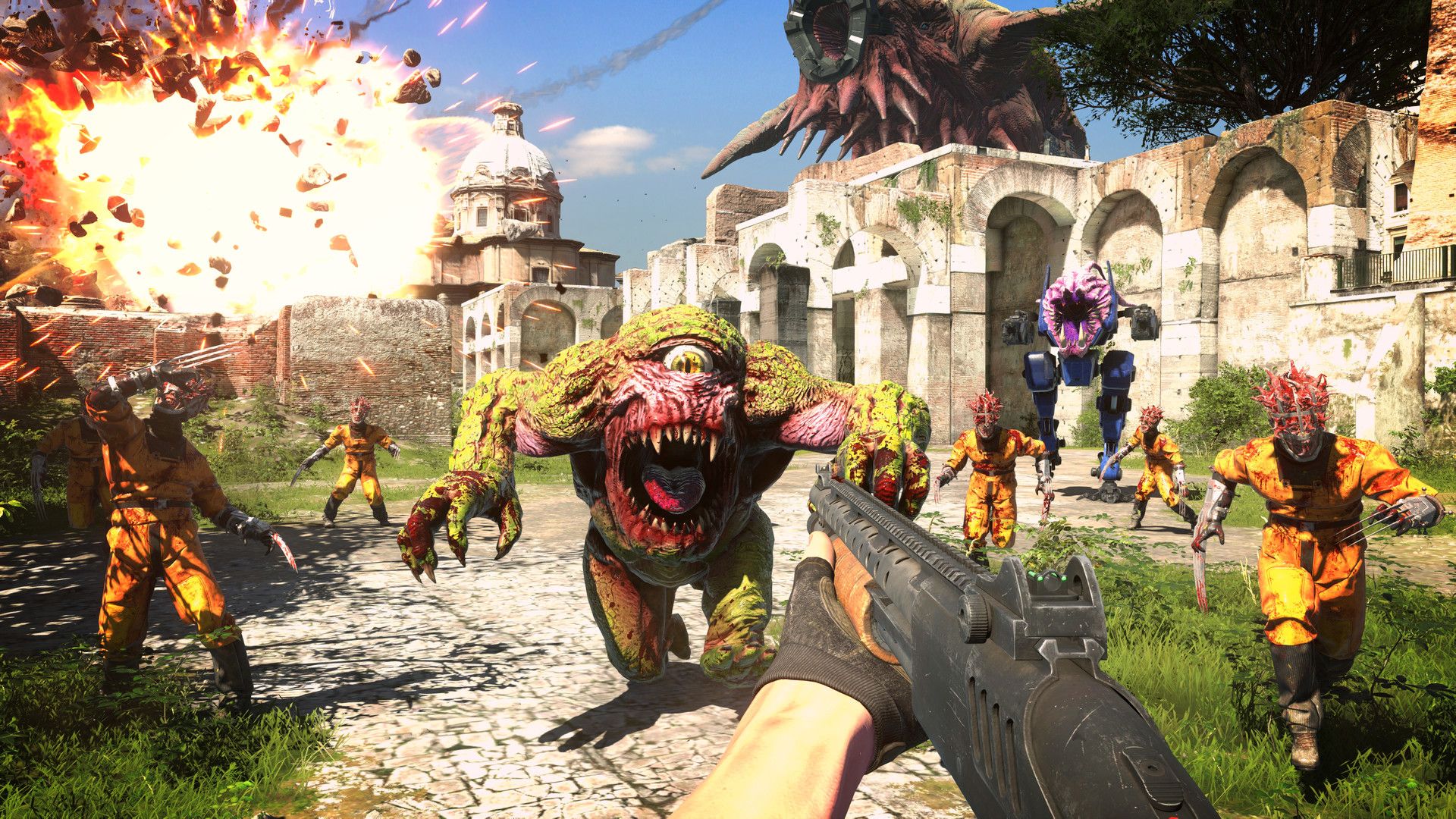 Just when you thought the delays had passed, Croteam’s Serious Sam 4 has been pushed back. Originally meant to release this month, the action-packed shooter is now coming to PC and Google Stadia on September 24th. At least the developer promised this was the release date “for real this time.”

Serious Sam 4 serves as a prequel to the previous games and sees Earth crumbling under the might of Mental. Thankfully, Sam “Serious” Stone and his friends are back to wreak some mayhem of their own. The gameplay maintains the series’ style of circle-strafing and kiting as players take on hundreds of foes at once.

Along with the return of classic weapons like the chainsaw launcher and cannon, co-op is also back with support for up to four players. Along with campaign missions, one can tackle side quests and tougher difficulties with friends. Serious Sam 4 will also be coming to PS4 and Xbox One in 2021 – stay tuned for more details on its PC and Stadia release in the coming weeks.