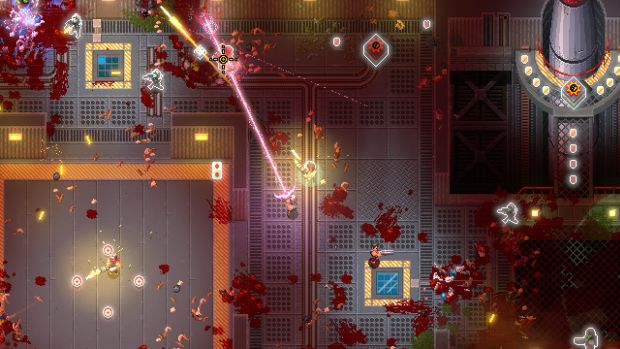 Remember Devolver’s crackpot E3 2017 presser which featured murder, abuse and a level of surreal that would make David Lynch proud? One of the games announced at that presser, Serious Sam: Bogus Detour, is now available for PC on Steam.

Developed by Crackshell and Croteam, Serious Sam: Bogus Detour takes an overhead, retro shooter approach to the series. You can play alone or team up with four other players across locations like the Moon and the Mediterranean. It’s also possible to take part in 12 player Survival and Versus modes to prove your mettle. The game also supports mods and total conversions thanks to an editor.