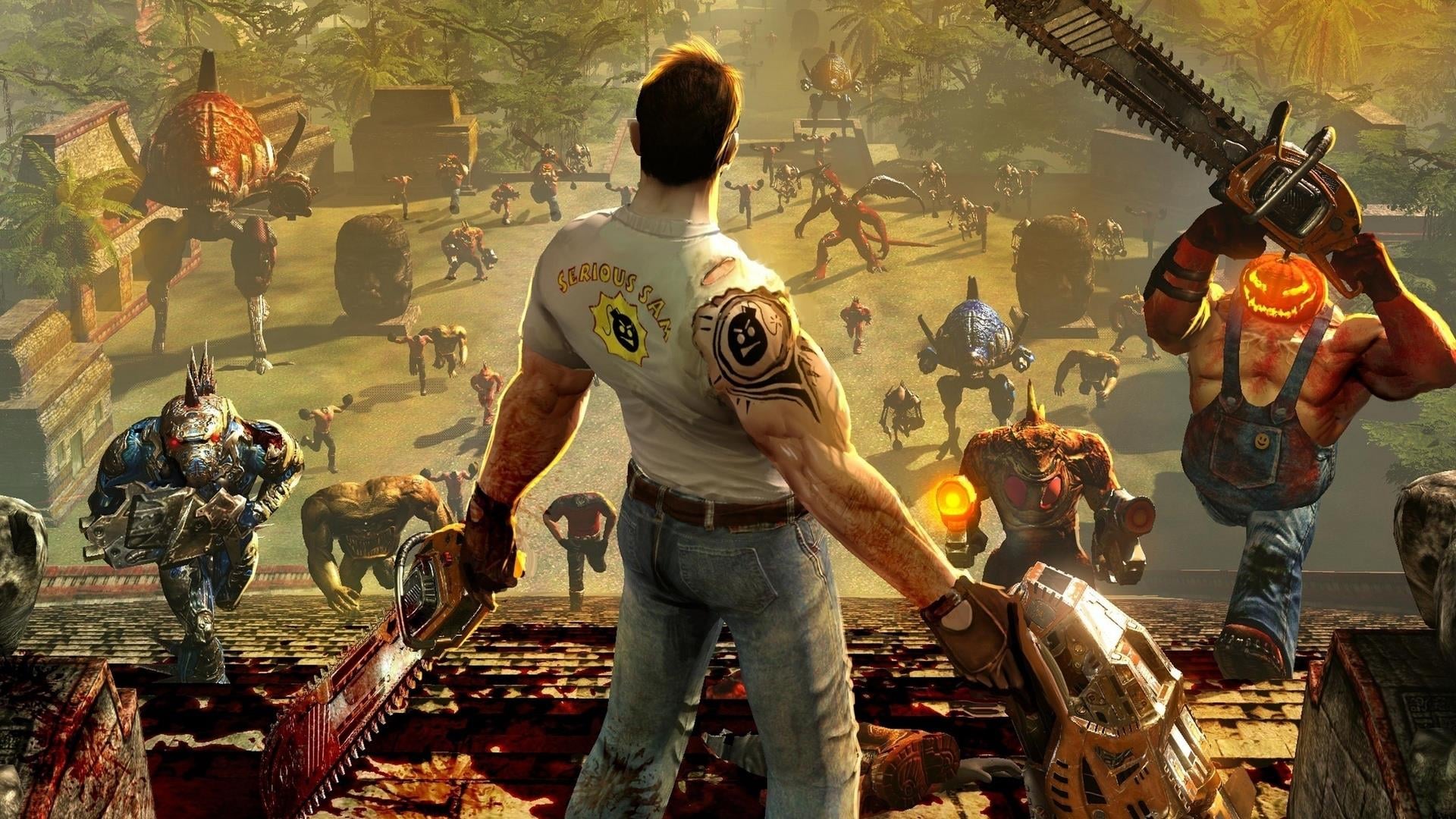 While never quite having the mainstream penetration of some the other PC shooter franchises, Serious Sam has always been a fun time. The games have focused on you going to various locales to mow down hordes and hordes of enemies. The latest game in the franchise, Serious Sam 4, is continuing the tradition, but now it’s time to be able to take that carnage on the go.

The Serious Sam Collection will release on Nintendo Switch on November 17th via the eShop. It will also be released for PS4 and Xbox One.

Okay, okay. But don't tell me I never make your wishes come true.

The Serious Sam Collection will be available on PlayStation 4 and Xbox One as well. https://t.co/LLsUEC9e5Y