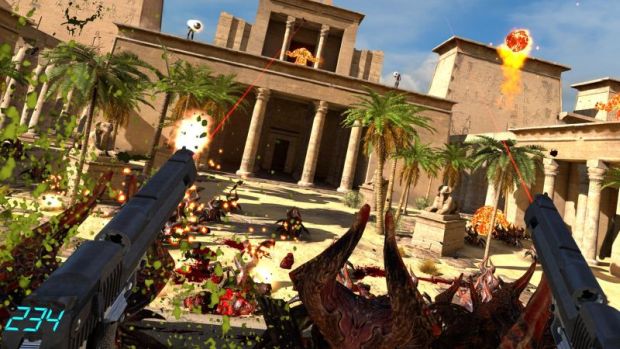 Unlike the FPS titles of the same name, Serious Sam VR: The Last Hope will be more of a shooting gallery title. Enemies will assault you endlessly and you must gun them down with rocket launchers, dual pistols and even the Serious Cannon. And since this is a Serious Sam game, you can expect hordes of enemies at all times. Even the game’s signature boss fights make appearances and they’re as ginormous as ever.

Even if it’s not your typical first person shooter, Serious Sam VR: The Last Hope will do its part to immerse players in the role of Sam “Serious” Stone. Long story short, there are tons of enemies to kill and even more where that came from.