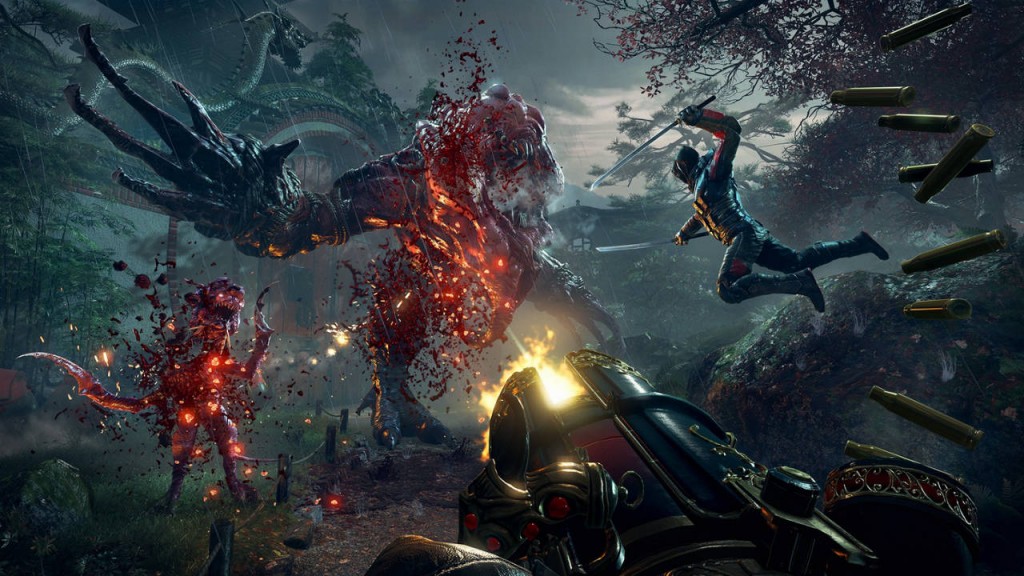 There are a few new consoles on the horizon- we have Sony giving the PlayStation 4 an incremental power boost with the upcoming PlayStation 4 Neo, the Xbox Scorpio is supercharging the Xbox One, and making it the most powerful console ever, according to Microsoft’s claims, and then there is the NX- whatever the hell that is.

We got the chance recently to talk to Flying Wild Hog, the folks who are bringing us the upcoming Shadow Warrior 2, and we got the opportunity to discuss these new machines with them- more specifically, the Xbox One Scorpio and the PS4 Neo.

We asked Krzysztof Narkowicz, who is the programmer on the game, whether the company has plans to bring their game to the Scorpio- surely the notion of having theirgame be on the most powerful console ever, which is what the Scorpio is being billed as, is exciting, yes?

“Yes, sure,” Narkowicz said. “We will bring Shadow Warrior 2 to Xbox Scorpio when it will be available. The claim was made a bit in advance. At the moment, we don’t have any Scorpio devkits and don’t have any official information about it, so those claims don’t have any valid basis.”

Narkowicz’s skepticism isn’t just limited to Microsoft’s claims over the Scorpio, however. As far as he is concerned, neither the Neo nor the Scorpio exist right now as anything more than abstractions- so any conversation regarding these two machines, including a comparison of the two’s capabilities, makes no sense.

“None of those consoles have been released, or even have an exact release date, so comparing them makes no sense,” he said. “Basically, the later new hardware will be released the more powerful it will be. On the other hand, you can’t play games on the unreleased hardware and there is always something better from the competition lurking behind the corner. If the consoles are to be updated every few years, then I guess every vendor will take the lead in turns and gamers will have to choose to buy and play now or wait for the next better one. Just like with iPads or iPhones.”

Which sounds fairly reasonable to me- claiming victory over others using something that doesn’t even exist yet sounds facile to me. When the Xbox One Scorpio and PlayStation 4 Neo are out, and we know what each of them are, and can do, maybe the comparisons and the inevitable fanboy wars will make sense- until then, there’s no point in arguing about them.