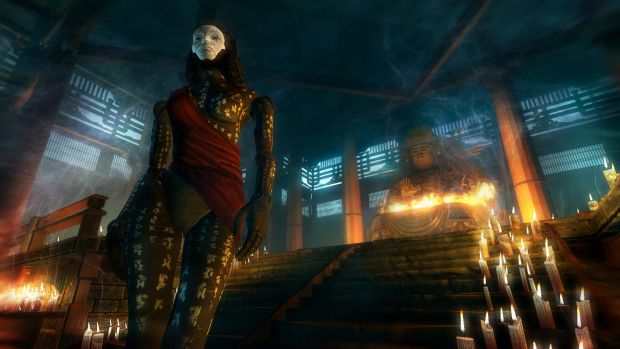 Shadow Warrior, the excellent and quirky first person shooter that Flying Wild Hog remastered and re-released for PC, will also be coming to the Xbox One and the PlayStation 4, Bandai Namco have announced. The new console versions were originally announced for September this year, but then they got delayed to October.

Speaking about the delay, the developer issued the following statement:

“Bringing Shadow Warrior to PS4 and XB1 has proven to be a challenge for us as we want to make sure the player experience is perfect. In play testing we have been focusing in on the controller inputs and response.

“We recognised that we needed more time to improve this as Shadow Warrior is an old school FPS and this demands perfection. Sadly this means a small delay in the release date, but Lo Wang needs to be at his best on these shiny new consoles.”

Well, that sounds fair enough to me. Really, I’d rather the game play well than a stupid day one patch or something like that.