That’s another excuse for not backing the game gone. 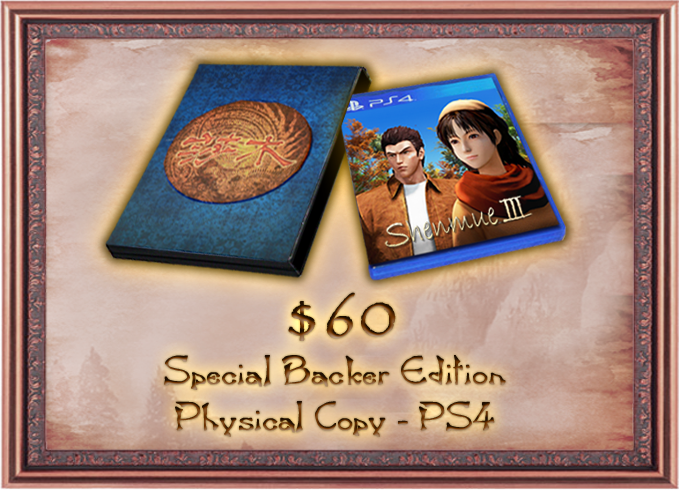 One of the sore spots of the entire Shenmue 3 Kickstarter so far was the fact that there was simply no way to get a physical copy of the PS4 version by backing the game- a physical copy of the title was being offered, but only for the PC version. If you preferred to play the game on PS4, you would have to put up with the digital version, which isn’t something that jives with a fair few number of people.

Well, that has finally changed, as the option for a physical copy of the PS4 version of the game has finally been added to the $60 reward tier. That’s not all, as the PS4 backers copy also seems to come in a backer exclusive case. So if you have been holding off on funding the game so far, because the lack of a physical PS4 copy left a bad taste in your mouth, go all in now!

Shenmue 3 is slated for a PC and PS4 launch some time in 2017. Stay tuned to GamingBolt for more coverage.