Shenmue 3 Wiki – Everything you need to know about the game

Everything you need to know about Shenmue 3.

Shenmue 3 is an upcoming action adventure role playing video game that is currently being developed by Neilo and Ys Net.

Development of the game was handed over to Neilo by Yu Suzuki, the director and producer of both Shenmue and Shenmue II. Yu Suzuki has the rights to make the game, after being allowed to do so by series publisher Sega.

Shenmue III, which is running on the powerful Unreal Engine 4, will launch by December 2017 for PC and PS4. It’s not yet clear if the game will come to Xbox One, though recent stretch goals in the game’s Kickstarter have hinted that this could be the case.

Shenmue III has been a highly sought after title for many gamers for quite some time, following the success of the two original titles which introduced mainstream gaming to quick time events.

Thus far, the game seems is being brought back through the sheer will of the video game community. This is evidenced by the fact that series director and producer, Yu Suzuki decided to fund the game through the Kickstarter platform. The response from the gaming community was unprecedented and the game quickly secured its funding, smashing numerous crowd funding records along the way.

The game’s official Kickstarter campaign was announced on June 15th of 2015 during the Sony E3 press conference in Los Angeles, California.

This accomplishment was soon mired by alleged money moving without public knowledge, contrary to the terms of the original Kickstarter post. These claims were partially legitimized an updated FAQ on the games page, an excerpt of which reads, “We are very sorry, but due to contractual obligations, details of outside investments will not be disclosed.”

Since then, excitement remains because of the game’s success, but many are of the mindset that this entire experience is nothing but a PR stunt to, A) Fund the game and B) Test the waters for AAA studios using crowdfunding rather than traditional funding avenues.

Yu Suzuki handed the games development to Neilo, a fairly small developer in the grand state of the industry, but Suzuki has commented on his decision, saying that it’s all to do with preserving the game’s cultural aspects. When asked why he didn’t partner with a western developer, Suzuki said, “There was that option, yes. But the biggest characteristic of Shenmue is culture.”

It has been confirmed that Shenmue III will actually have a smaller game world than that of it’s 2001 predecessor, Shenmue II. Suzuki has said that he will be focusing on creating a smaller and more detailed world, opposed to a large and somewhat barren feeling game world. Speaking about this, Suzuki said, “Ever since [Shenmue II] I always had decided that ‘for the next game, I’m going to go much deeper.’”

Shenmue III is a direct sequel to Shenmue II, as such the game picks up straight after the ending of Shenmue II. Plot details remain vague at this point, but we know that the game will follow returning characters Ryo Hazuki and Ling Shen Hua, as they try to uncover their shared destiny, but along the way we will also be introduced to a new antagonist that is known as Niao Sun.

Given that the game picks up where Shenmue II left off, Ryo Hazuki has arrived at Guilin, searching for the person that killed his father. 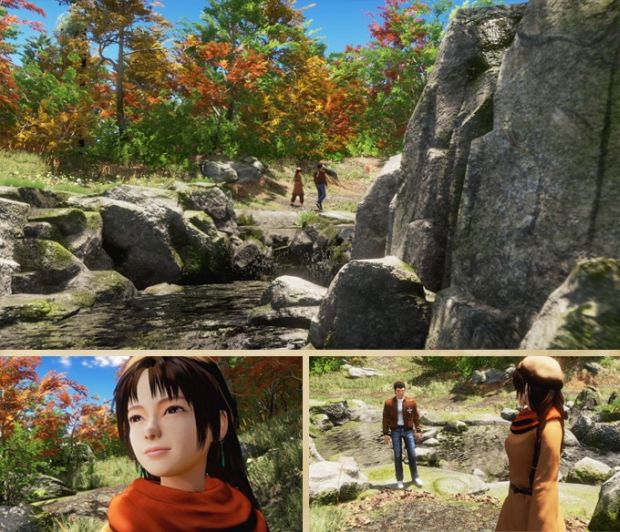 At the time of writing, gameplay specifics and mechanics have not been addressed. We simply know that the game will feature a Day and Night mechanic, a weather system, possible free form combat (Assassin’s Creed, Batman Arkham Series) and Ryo’s journal might return. Speaking about the Journal, Yu Suzuki has said,”I would like to bring back the Journal. That is an interesting idea, I will look into it.”

Thus far, these are the characters we know about.