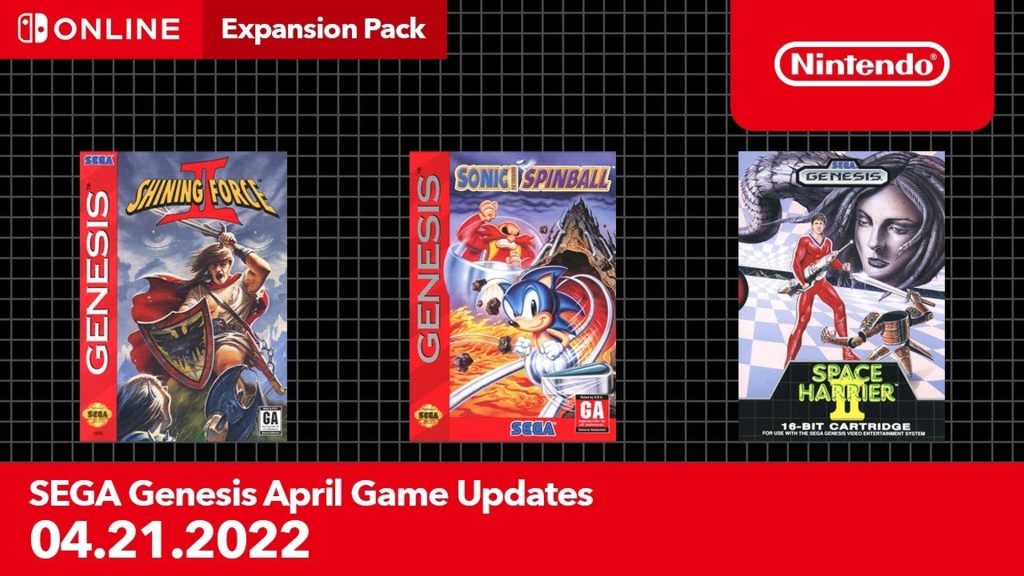 Sega Genesis classics Shining Force 2, Space Harrier 2 and Sonic the Hedgehog Spinball are now playable on Nintendo Switch. A subscription to Nintendo Switch Online + Expansion Pack is needed which costs $50 per year on an individual basis. Check out the trailer below to see all three titles in action.

Shining Force 2 is a tactical RPG that serves as a follow-up to the original, though its plot can be enjoyed standalone. It’s considered one of the best games in the genre with a bigger world, more combat options, and free-roam. By contrast, Sonic the Hedgehog Spinball aka Sonic Spinball is one of the least well-regarded titles in the franchise due to its imprecise controls.

There’s also Space Harrier 2, one of the original launch titles for the Sega Genesis. It’s a rail shooter which sees the titular Space Harrier battling enemies in Fantasy Land, which has become overrun. Stay tuned for more details on further additions to the Nintendo Switch Online in the coming days.