It includes a physical copy of the Standard Edition, a SteelBook case, "The Art of Sifu" book, the digital OST and three lithographs. 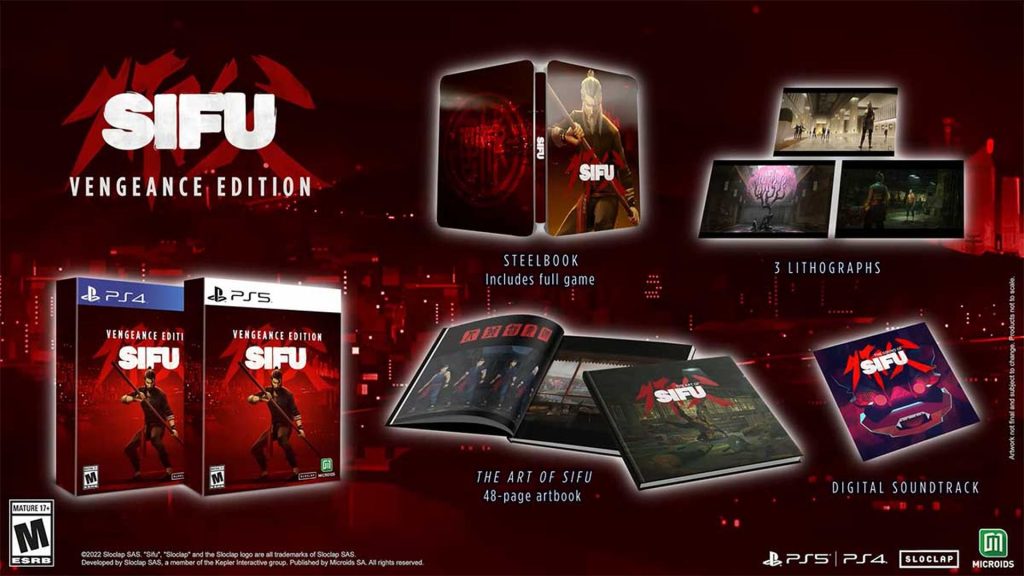 Sloclap’s Sifu will be receiving its first major post-launch update today for all platforms. In the meantime, the retail versions of the Vengeance Edition are now available on PS4 and PS5 (with PC players getting the Deluxe Edition). Check out the launch trailer for the same below.

The Vengeance Edition includes the physical Standard Edition of the game, an exclusive SteelBook case, an artbook “The Art of Sifu”, the original soundtrack in digital format and three lithographs. As for the Deluxe Edition on PC, it provides a download code for the Epic Games Store release, three lithographs, “The Art of Sifu” in digital form and the digital soundtrack. The Deluxe Edition is only available at select retailers though.

More updates will be coming later this year – check out the roadmap for more details here.