SimCity to Feature 16 Cities Per Region in Regional Play

All 16 can be controlled by either you or players from across the world. 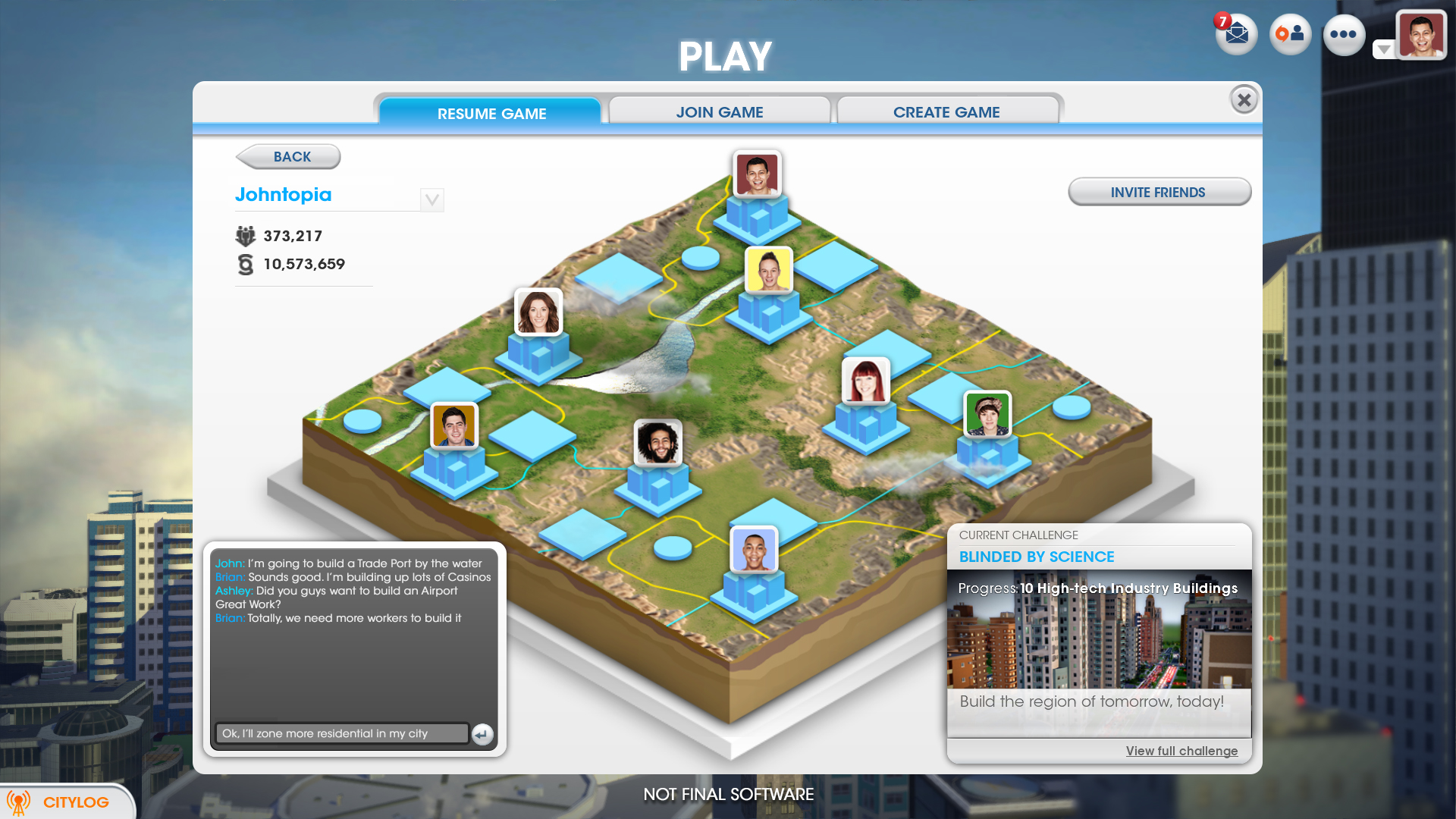 SimCity’s new regional play has garnered quite a bit of interest from fans, particularly in concerns to the number of cities per region. Maxis today announced that a single region will have up to 16 cities. Couple this with the game’s multi-city capabilities, and you’re looking at a pretty wide playing experience with other gamers across the globe. Of course, you can also manipulate all 16 cities by yourself. Maxis has also released a new screenshot showcasing the regional play’s user interface.

From the UI screenshot, you can see which players are currently active in the region, along with which cities are available for playing. You can also take a look at Great Works currently in development, resources available, and much more. Intercity cooperation means that players can delineate certain duties, and wherever one player is lagging, he/she can always compensate for what his/her team-mates lack.

Maxis is doing its bit to encourage this kind of specialization among regions. Let’s see how effectively it pans out when SimCity releases for PC on March 8, 2013.