Skylanders: Trap Team Wiki – Everything you need to know about the game

Everything you need to know about Skylanders: Trap Team. 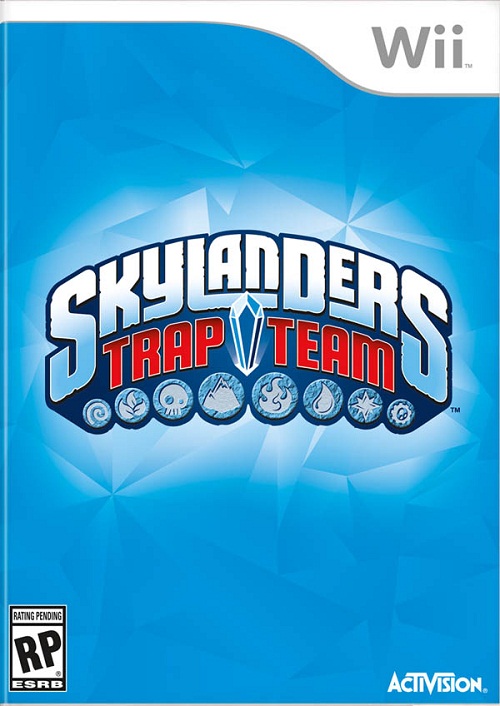 The game, which will launch across a large variety of platforms, is set to be published Activision as the fourth instalment in the series. Launching on October 2nd 2014 in Australia, October 5th 2014 in North America and October 10th 2014 in Europe, Skylanders: Trap Team will be available on Android, Fire OS, iOS, Nintendo 3DS, PlayStation 4, PlayStation 3, WIi, Wii U, Xbox 360 and Xbox One.

Similar to the other games in the Skylanders video games, Skylanders: Trap Team will make use of a NFC (short field communication) device which is referred to as the Traptanium Portal. This portal allows the game to read the NFC chip found in the base of all the figurines and use this data to render the figurine as a playable character within the game.

To coincide with the release of the Trap Team game, a new line of figurines has been announced and named Trap Masters. It’s the task of the Trap Masters and the Portal Master to capture criminals in the game.

It’s been three years since the Skylanders franchise was born and Eric Hirshberg, the president and CEO of Activision Publishing has complete faith in the project. “We’re going to leap forward once again and redefine how kids play,”…”We make kids say ‘wow’ for a living. We have strived with each and every release to make kids say ‘wow’ again. The game is eventually going to support a cast of 50 new characters alongside the new Trap Masters. 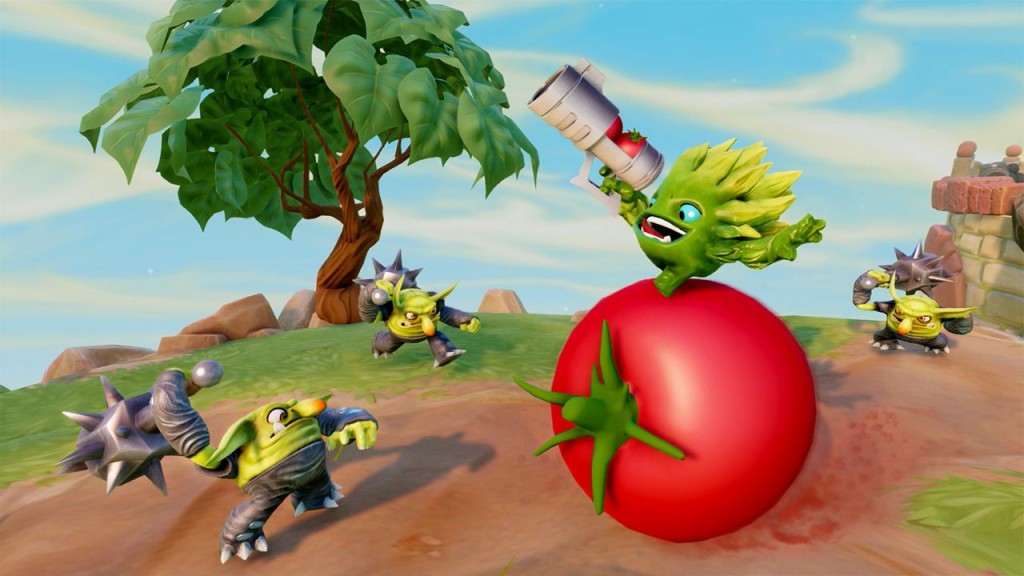 Following on form the events of Skylanders: Swap Force, the games foremost antagonist Kaos releases the most notorious villains in the Skylands. He does this by destroying the Cloudcracker Prison, thus freeing them of their shackles.

The player assumes the role of the Portal Master and must coordinate the Trap Masters in an effort to track, locate and recapture the now rampant villains. 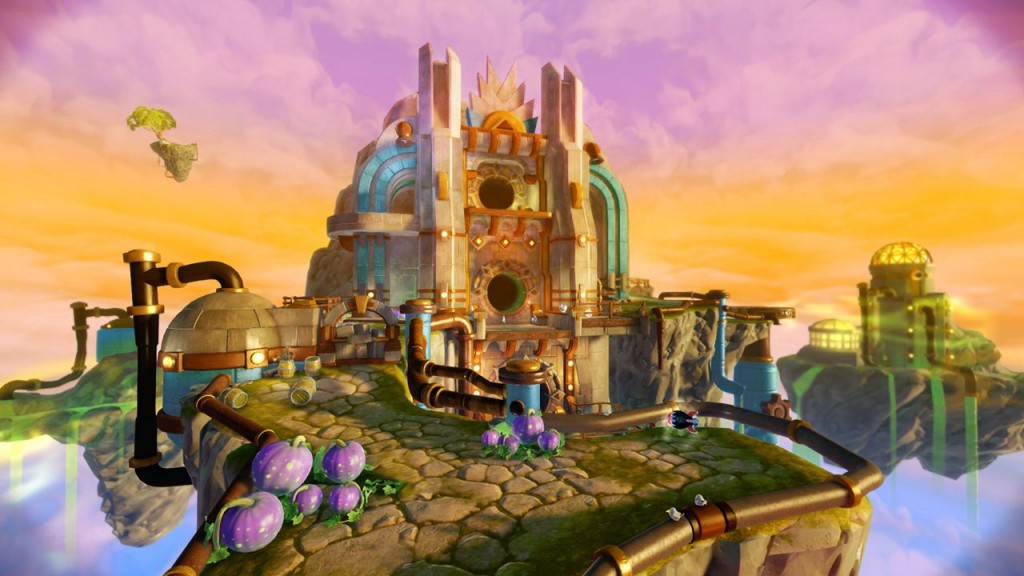 Gameplay in Skylanders: Trap Team remains largely unchanged from its predecessors. The player assumes control over a character that has been injected into the game by way of an NFC chip reading. From there on the game is played in a third person perspective as the player navigates the stage combating enemies and solving basic platforming puzzles. As per usual some of these puzzles can only be solved by using a character of the same element.

A major difference in Trap Team and the previous titles is the inclusion of a new item. This item, The Trap, allows the player to ensnare a total of 40 enemies which can then be controlled by the player as good characters. A nice feature that has been included but has zero practical use is that when an enemy is captured by the portal, the sound transfers from the game to the portal to reflect their capture.

When playing the game in the cooperative mode, players can share trapped villains and take turns swapping in and out. However, for the sake of balance, there is a time limit on how long this character can be used, upon the timer running out this character is unavailable until its energy has been recharged. With that being said, the villains are more powerful than the players Skylanders, thus lending an element of strategy to their deployment. Saving them for tougher enemy encounters etc.

The game is planned to release on Android, iOS and Fire OS supported hardware, these versions of the game will make use of a Traptanium Portal that is connected by a bluetooth link. The game will also support optional touch controls. However, if the portal is not connected to the players device, the game offers digital versions of the characters that are stored on the device, thus allowing portable play.

Given the ever expanding roster of characters in the Skylanders, it would be impossible to list a static list of characters. This portion of the Wiki will list the announced Trap Masters and returning Skylanders.