Sleeping Dogs: Definitive Edition Releasing on October 14th for Xbox One and PS4 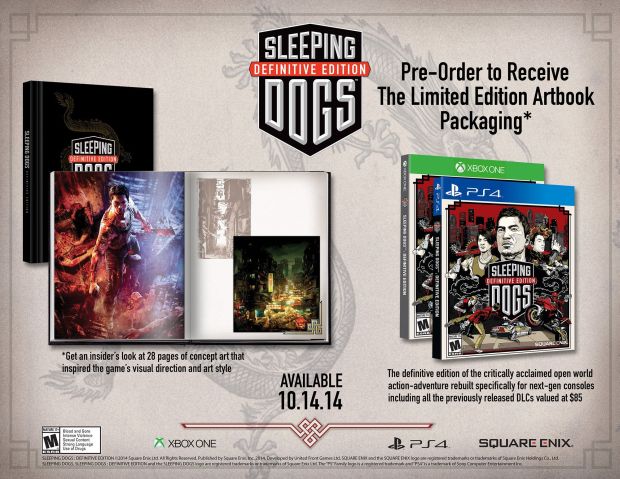 Sleeping Dogs will be heading to the Xbox One and PS4, as a listing appeared on Amazon and was quickly followed by official promotional images hyping the game. Sleeping Dogs: Definite Edition will feature an official art book with 28 pages of concept art along with all of the previously released DLC (which is valued at $85).

It’s not know yet whether the game will sport updated visuals, especially since Tomb Raider: Definitive Edition features a 1080p resolution and 60 FPS frame rate on the PS4. You can also expect better textures and improved anti-aliasing but we’ll need to wait for more information from Square Enix.