The sequel to the incredibly popular slime farming title will be coming exclusively to Xbox Series X/S and PC. Check out its debut trailer. 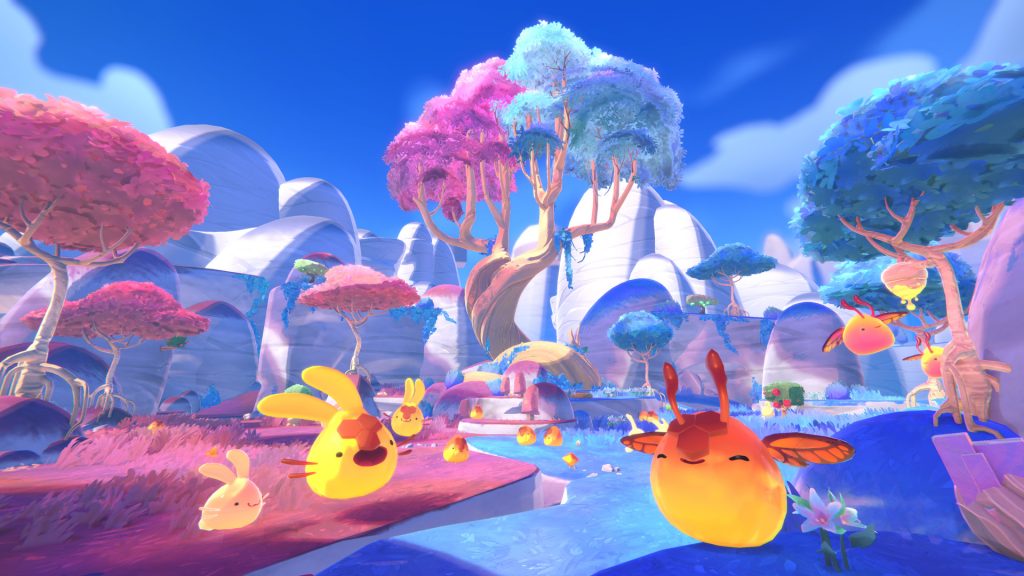 In what was somewhat of a surprise, Monomi Park announced that Slime Rancher 2 would be releasing in 2022. Along with the PC version coming to Steam and Epic Games Store, the console version is exclusive to Xbox Series X/S. Check out the colorful gameplay trailer below.

Protagonist Beatrix LeBeau ventures to a new land called Rainbow Island, once again seeking to build a new farm and ranch for the various slimes living there. Of course, there’s new technology and secrets to uncover along with new resources and slimes to gather. The latter includes an angler slime that lives in water and a bouncy slime made of cotton.

You’ll be earning newbucks to build a conservatory but also upgrading the Vacpack and acquiring new gadgets for your cause. Stay tuned for more details and gameplay on Slime Rancher 2 in the coming months. If it’s anything like its predecessor, then fans can expect a cozy farming experience.