A new War Table stream will take place on August 16th at 10 AM PDT and detail all of the new content, from new villains to new missions. 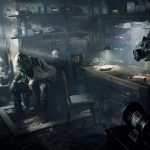 GSC Game World's upcoming open world shooter was arguably one of the best-looking games across all of E3 2021.

With E3 2021 finally behind us, let's take a look at all of the big new titles announced. Whether it's new IPs or sequels, there's a lot to look forward to.

Of all the games that we saw at E3 2021 – and we saw quite a few of them – which ones stood out best from a visuals point of view?

Now that E3 2021 is officially done and dusted, let's take a look back at some of its most prominent players, and how each of them fared with their showings.

More details and gameplay footage for WarioWare: Get It Together! have been released during the Nintendo Treehouse event at E3 2021.

More details and gameplay footage for the upcoming Mario Golf: Super Rush surface during the latest Nintendo Direct at E3 2021.

A full playthrough of Peach's Birthday Cake from Mario Party Superstars goes live at the latest Nintendo Treehouse at E3 2021.

A 40-minute gameplay segment showcases Monster Hunter Stories 2: Wings of Ruin, and shells out more details about the game's combat and world.