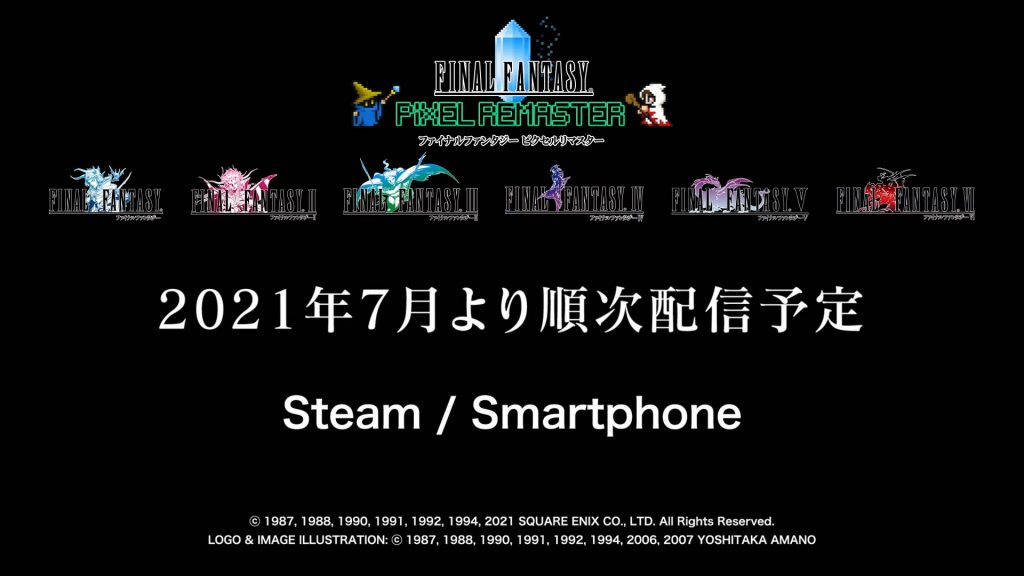 After unveiling Final Fantasy Pixel Remaster at its E3 2021 showcase with very little details, a recent presentation (as reported by Gematsu) by Square Enix has confirmed that the titles will begin releasing in July. Though the video has since been removed, it revealed a sequential order of releases for each game on iOS, Android and PC. Interestingly enough, series creator Hironobu Sakaguchi was present along with composer Nobuo Uematsu and producer Yoshinori Kitase.

The trio discussed the development of each game and the stories behind them. It was also confirmed that each title’s pixel art characters have been fully remastered courtesy of pixel artist Kazuko Shibuya, a veteran who’s been working on the franchise since Final Fantasy 1. The mention of “pixel art characters” seems to indicate that the backgrounds won’t be in the same style but that’s just conjecture.

A new trailer was revealed at the end of the presentation so expect that to go live sometime soon. Final Fantasy Pixel Remaster includes re-releases of Final Fantasy 1 to 6 with each title being available individually and in a complete bundle. Stay tuned for more details in the meantime.