At the Xbox and Bethesda E3 2021 Showcase, Blizzard confirmed that their remaster is launching in a few short months, this September.

Journey with Raz on a twisted platforming adventure as he explores the mysteries of Psychonauts HQ - it launches day one on Game Pass.

The multiplayer-only shooter shows off its high-octane action and dynamic and fast-paced matches in a new gameplay trailer.

Serial Cleaners features 4 distinct playable cleaners, all set against a stylized 90's setting with a story set to unfold non-linearly. 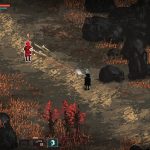 Death Trash is all about action and choices, set against a 16-bit post-apocalypse teeming with absolutely gruesome cosmic horrors.

Raji: An Ancient Epic Enhanced Edition brings new modes and a Hindi voice-over, making it a must have for fans of the original. 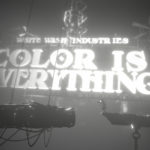 A new trailer for Monokai's upcoming White Shadows sheds some much-needed light on the cinematic platformer's gameplay and release window.