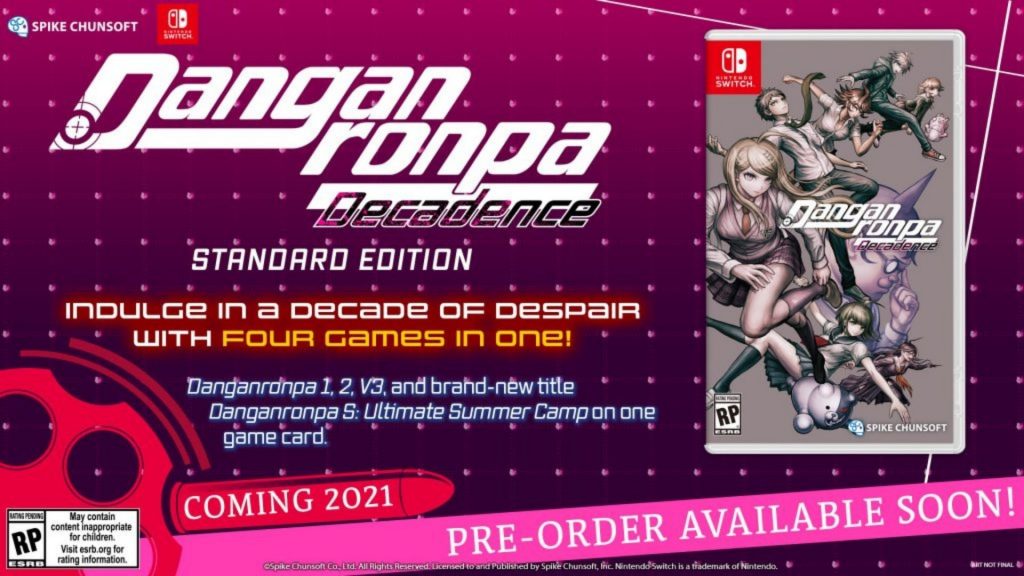 The Nintendo Direct seems to be steamrolling through a bunch of new game announcements and reveals at a blisteringly fast pace, which has constantly kept the hearts of fans pumping. A new Danganronpa collection titled Danganronpa: Decadence has been announced for the Nintendo Switch. Check out the trailer below for more details.

A lot of exciting announcements have taken place during the Nintendo Direct, including a brand-new look at The Legend of Zelda: Breath of the Wild 2 as well as an announcement trailer for Metroid Dread. E3 2021 is far from over, so make sure to stay tuned for more updates.