The PvP option sees an Axis Sniper invading a player's game and attempting to kill them. Along with unique rewards, Invasion Mode also supports co-op. 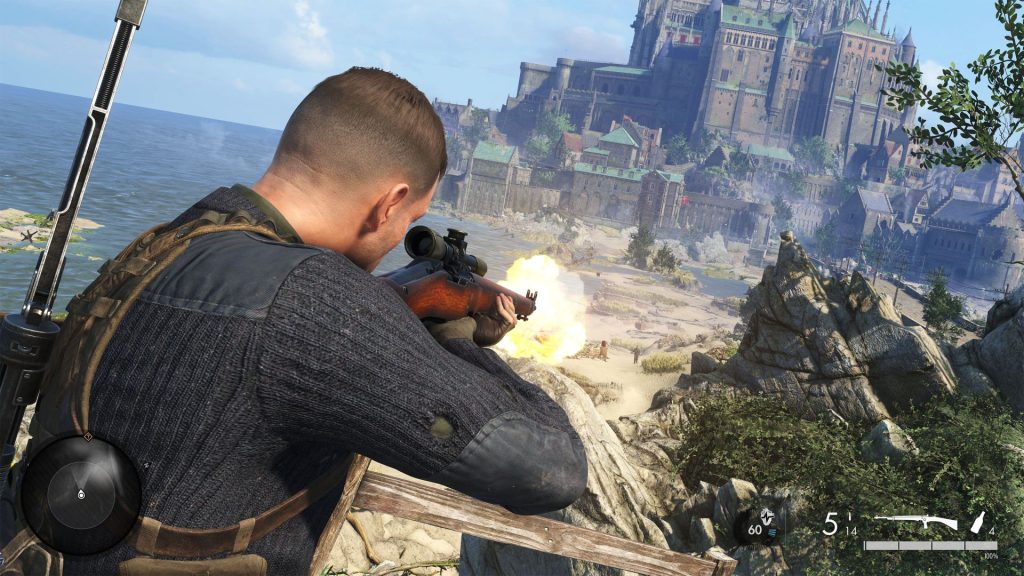 A new cinematic trailer is available for Rebellion Developments’ Sniper Elite 5 and it sees an Allied Sniper ready to snipe his target. However, seemingly unbeknownst to him, an Axis sniper is waiting from a distance and looking to take out Karl instead. This is Invasion Mode, the game’s take on invasion-style PvP.

The objective is pretty straightforward – the Axis Sniper must take out the Allied Sniper. The latter will gain an extra objective to take down the invader but it won’t be that simple. The Axis Sniper can enemies in a level to “Stay Sharp” which increases their awareness. They can also use “Eagle Eyes” on an enemy which means if they spot the Allied Sniper, then their location is displayed on the map.

The Allies aren’t completely helpless as invasion phones in each level will reveal the last location of the invader. However, using them constantly could potentially reveal one’s location and there’s also the danger of the phones being sabotaged. Along with unique weapons, skins and items for the Invader, the Allied Sniper can unlock weapon and character skins from successfully killing their nemesis.

Invasion Mode is also available for co-op as well which offers more rewards since you must now take down two Allied Snipers. However, it seems to be a toggle that can be enabled from the outset while playing the campaign and rewards more XP in the process.

Sniper Elite 5 is slated to release this year for Xbox One, Xbox Series X/S, PS4, PS5 and PC. It will also be available day one on Xbox Game Pass.