City Interactive have today announced the contents of their Collector’s and Limited Edition versions of Sniper: Ghost Warrior 2.

Slated for a 21 August release on the Xbox 360, Playstation 3 and PC, the game will have two ‘premium’ editions, each providing a multitude of bonuses and extras. 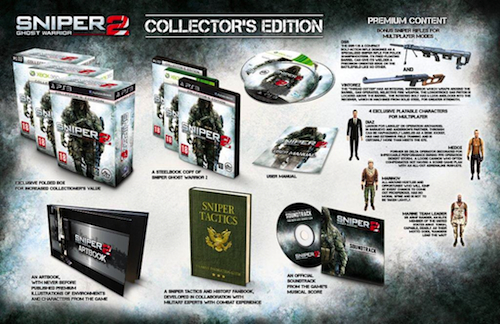 The Collector’s Edition will not only come in a limited edition folded-box, the box itself holds a whole host of delicious extras: a steelbook copy of the game, a ‘Sniper Tactics and History’ hardback book, an artbook, the game’s official soundtrack, two in-game sniper rifles for multiplayer and four exclusive multiplayer characters. 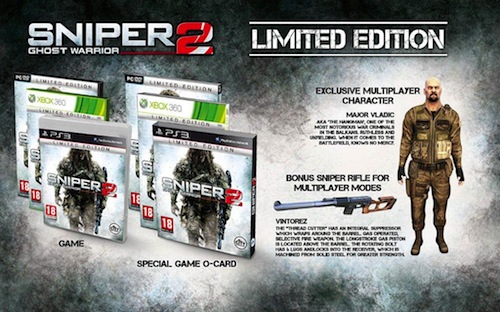 Powered by the CryEngine 3, Sniper: Ghost Warrior 2 once again pits you as a ghillie-clad special ops sniper and is set for a 21 August release on Playstation 3, Xbox 360 and PC.

Steelrising: Cagliostro’s Secrets is Out Now

Retailing for $14.99 and included with the Bastille Edition, it offers a new level in Hôpital Saint Louis, fi...

Next Ys Game Will Launch in Japan Before October 2023

Nihon Falcom has confirmed that the next Ys game will launch for PS5, PS4, and Nintendo Switch in Japan by Sep...

Hosted by Dame Fiorayne, the Digital Event will offer the latest details on Title Update 3, from new monsters ...

The Entropy Centre is a surprisingly great game with well made puzzles and unique ideas, though it could have ...

If you like farming sims and have some free time on your hands, Harvestella is worth looking into- though it's...

Master every challenge you encounter in the Nine Realms with these handy pointers.