SnowRunner is Getting a New Map, Vehicles, Switch Cross-play, and Current-Gen Upgrades This Month

SnowRunner's next major update is bringing with it two new vehicles, a new map, PS5 and Xbox Series X|S upgrades, and more. 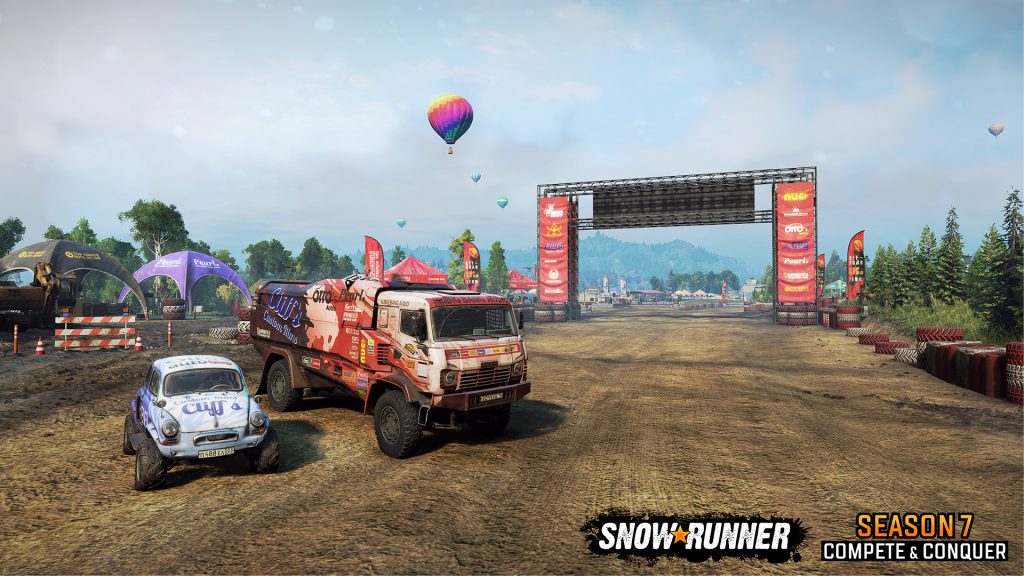 SnowRunner Season 7 now has a release date. Set for release on May 31, SnowRunner‘s Season 7 will be available for all Year 2 Pass owners. The update will add a new summer map full of new racing activities, two new vehicles making their debut, and new customisation options.

Season 7, titled Compete & Conquer, will introduce the new map of Burning Mill, Tennessee. Racing events at Burning Mill include time-trial events with tracks both on and off-road. The new vehicles in Season 7 are the lightweight Gor BY-4, and the Dakar-style truck Sprinter 43-19.

A major part of the Season 7 update for the Nintendo Switch version of SnowRunner is the introduction of cross-play support. After the update, Switch players will be able to play SnowRunner‘s multiplayer with friends on PC, PlayStation, and Xbox.

SnowRunner is available on PC, Switch, PS4, and Xbox One. The PS5 and Xbox Series X/S versions will be available as free upgrades once Season 7 drops on May 31.

🏁Buckle up and get ready for racing!🏁

🚚Season 7: Compete & Conquer releases May 31st on PC and consoles!