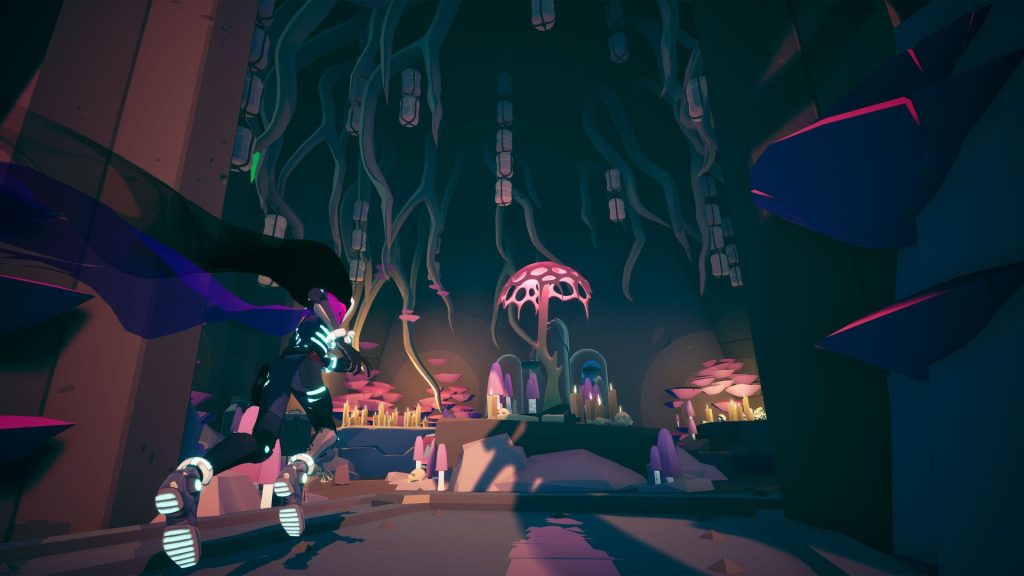 In the recent Annapurna Showcase, Heart Machine finally provided a release date for its upcoming 3D action adventure Solar Ash. It releases on October 26th for PS4, PS5 and PC via the Epic Games Store. A new trailer was also revealed – check it out below.

The story concerns Rei, a Voidrunner who ventures into the Ultravoid, an enormous black hole full of surreal environments and the ruins of various worlds. In an effort to save her world, Rei will have to deal with all kinds of obstacles, gliding and grappling through dangerous environments, destroyed cities and even defying gravity. There are also massive bosses called Sentinels who must be defeated and they give a real Shadow of the Colossus vibe with their scale.

For a more in-depth look at one of the boss fights, head here. On PS5, Solar Ash will leverage the SSD for fast load times and even support the DualSense’s haptic feedback. Stay tuned for more details and gameplay for the title in the coming months.