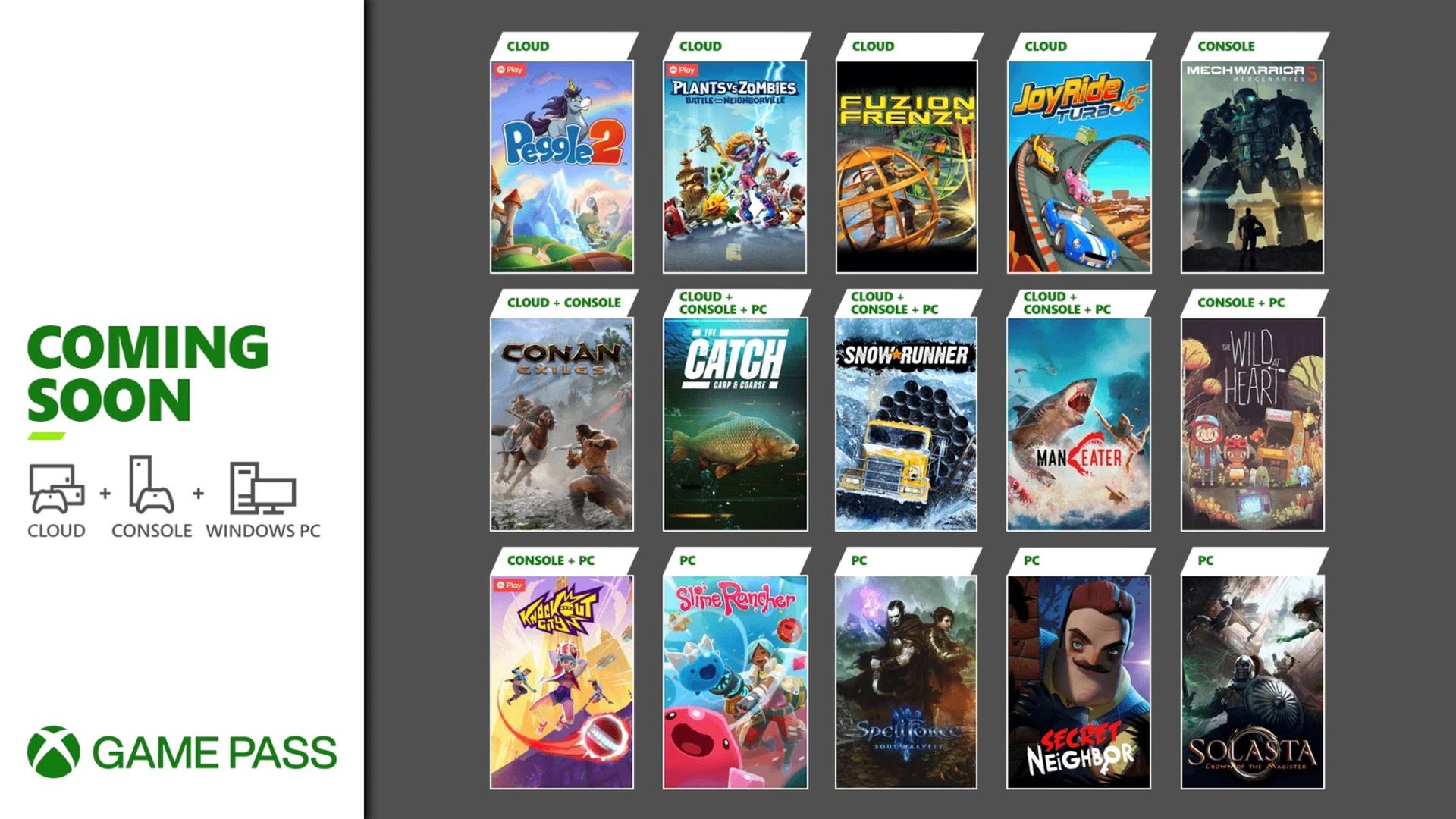 Microsoft has revealed the next wave of titles coming to Xbox Game Pass for May with SnowRunner being out today for consoles, PC and the cloud. May 20th sees Peggle 2, EA’s colorful puzzle game, and Plants vs. Zombies: Battle for Neighborville available for the cloud. Both titles require EA Play (available with Xbox Game Pass Ultimate) to play.

Secret Neighbor is out on the same but there’s also The Wild at Heart, an action adventure which sees two kids venturing into the Deep Woods, gathering Spritelings, and taking on twisted foes. The latter will be available for console and PC subscribers. On May 21st, EA’s Knockout City will be available on Xbox Game Pass for PC and EA Play.

May 25th sees the release of Maneater for console, cloud and PC subscribers while Conan Exiles arrives for consoles and the cloud on May 27th. Fuzion Frenzy, Joy Ride Turbo and MechWarrior 5: Mercenaries are all out for consoles on the same day. Meanwhile, PC subscribers get Slime Rancher and Solasta: Crown of the Magister, the latter being an RPG in the vein of old-school, tabletop titles. SpellForce 3: Soul Harvest rounds out the selection of titles for May.

The following titles will also be leaving Xbox Game Pass on May 31st: