SOMA Visual Analysis: How Does The PS4 Version Stack Up Against The PC?

Even though Frictional Games has developed a handful of titles since its humble beginnings in 2006, the developer has created quite a reputation for itself when it comes to crafting a scary atmosphere. This was always apparent in the Penumbra games but Amnesia: The Dark Descent frightfully captured this all too well, thus beginning what could be considered a renaissance of horror gaming. Frictional has returned to the development forefront about five years later with another horror title SOMA and we couldn’t help but wonder about the visuals powering this bizarre new entity.

For all the acclaim Amnesia: The Dark Descent received, it wasn’t exactly the most beautiful game released at the time (though it was far from the ugliest). SOMA is different though – it uses HPL Engine 3 for in-engine terrain generation, HDR lighting with filmic tone mapping, global sunlight and shadows, level streaming, dynamic terrain, depth of field and other pre-existing effects like SSAO and deferred shading. HPL Engine has been Frictional’s main engine since the days of Penumbra: Overture and HPL Engine 3 is certainly the next big step in it’s evolution.

Head to head comparison between PS4 and PC versions of SOMA. Please select 1080p and 60fps for the best possible video playback quality.

Frictional’s Thomas Grip actually spoke to GamingBolt earlier this year about some of the new features of HPL Engine 3. The biggest new addition is perhaps the engine’s level streaming capability which aims for no loading screens as players travel between levels. The goal of course is to create one seamless environment as a whole while incorporating a better script system and terrain. Interestingly, SOMA was pegged from the start to run at 1080p resolution and 30 FPS rather than 60 FPS on the PlayStation 4. The reasoning was understandable – Frictional had some issues running the game at 60 FPS in some places and given the overall slow nature of the gameplay, it wasn’t felt that there would be much difference overall.

Though global illumination is one of the new features of HPL Engine 3, Grip did state that it was limited to Spherical Harmonics and was implemented late into development. As such it doesn’t greatly affect the game’s overall look but when taking the PS4’s CPU speed into account, Frictional offloaded on to the GPU as much as possible while also utilizing multi-threading. The overall optimization done to SOMA meant that a variety of GPUs would be able to run it without a hitch.

After receiving some hands on time with the PS4 version, we discovered that the frame rate of SOMA sticks close to 30 frames per second with V-Sync employed. The resolution runs at 1080p which is definitely looks great. Random increments in both frame gain and loss could be observed at times though – the frame rate would at times go up to 33 FPS and down to 27 FPS in some places. Volumetric effects, especially in areas with water, could contribute to the drops but its pretty random overall. The issue is actually due to the engine loading other sections in the area from the console’s memory and this happens in the PC version as well (a loading icon can be noticed when it occurs). Hopefully, Frictional Games is working on a patch since something like this kind of puts a dampener on the whole idea of one “seamless environment”.

As for the PC version, we tested the game on an Intel Core i7-5960X with 16 GB of RAM. A Radeon R9 290 2x AMD GPU for 1080p resolution and an Nvidia GeForce GTX 980 for 4K resolution were used and neither faced any issue in achieving 60 frames per second. That being said, performance wasn’t consistent. Stuttering issues could be noticed in places and the overall performance wasn’t consistent.

In terms of anti-aliasing, both the PC and PS4 versions utilize a custom FXAA solution to maintain per pixel sharpness in the edges and it does a great job overall. The texture filtering is better in the PC version since it supports AF x16 while the PS4 version goes up to AF x4. Texture quality also seems to be better in some places for the PC version. Both versions utilize screen space ambient occlusion or SSAO and feature soft shadows.

Head to head screenshot comparison between PC followed by PS4 version of SOMA. 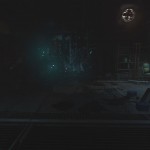 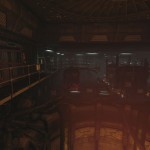 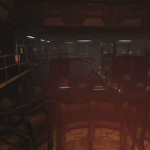 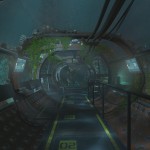 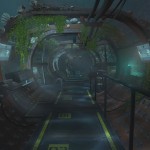 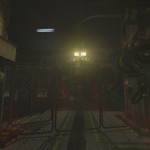 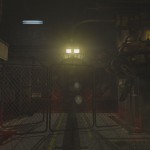 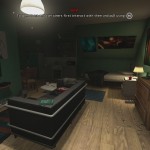 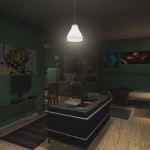 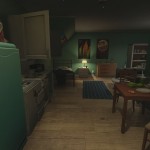 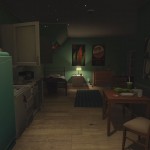 The highlight of SOMA is the engine’s lighting technology. If you were impressed by the lighting in Alien: Isolation, you’ll feel right at home. Physical based rendering is supported along with per material reflection and refraction while both depth of field and bloom are consistently used in both the PC and PS4. The overall atmosphere is amazing, whether you’re sneaking through a dimly lit hallway past the machines or investigating notes on computer screens. In terms of settings, the PS4 version is pretty the much the PC version’s High settings.

Along with V-Sync, refresh rate, resolution and anti-aliasing options, the PC version allows one to adjust the horizontal FOV, depth of field, enable SSAO and Bloom, enable refraction and reflection, and adjust texture quality, texture filtering and shadow quality.

If there’s one thing we would have appreciated from SOMA on the PS4, it’s a 60 FPS frame rate. Though Frictional did achieve 60 frames per second in many areas, it went with 30 FPS for the sake of a more stable experience. And honestly, we’ll take a solid performance that stays consistent over a higher frame rate that tends to bounce around. Nonetheless, a part of us still yearns for that 60 FPS experience.

As it stands, SOMA is a technical achievement and showcases what HPL Engine 3 is capable of. Though it could be a while until Frictional’s next big game, SOMA’s fantastic lighting engine and 4K resolution support result in a memorable experience. The PC version gets our recommendation due to 4K support and a 60 FPS frame rate but the PS4 version looks really good as well. Since SOMA is currently exclusive to PS4 on consoles, it’s definitely a great addition to one’s library.