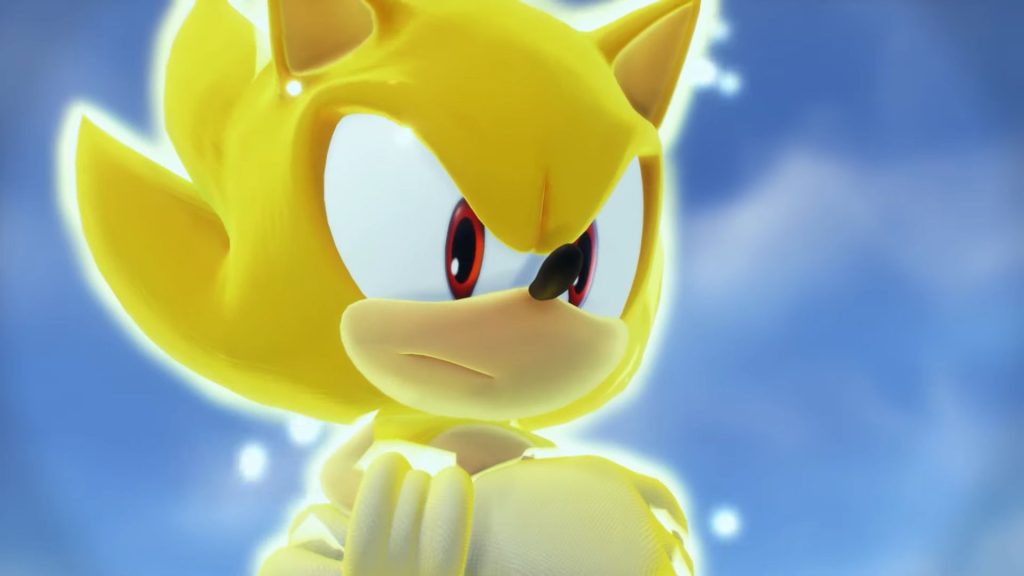 Sega has dropped a brand-new trailer for Sonic Frontiers, and if the thumbnail didn’t give it away, Super Sonic is confirmed. Like previous games, players can collect the seven Chaos Emeralds and harness their power to transform. Check it out below.

Of course, there’s even more to glean like new enemies. One of these hangs out in the air and disperses various objects. Using the Homing Attack, Sonic can gradually make his way up to the enemy and attack them. Another requires grinding on rails around the foe to light them up and presumably defeat it.

But the most imposing is a titan-like foe which Sonic must traverse to reach the Chaos Emerald at the top. Upon transforming, Super Sonic can fly but how this translates to open-world exploration remains to be seen.

Sonic Frontiers is out on November 8th for Xbox One, Xbox Series X/S, PS4, PS5, PC, and Nintendo Switch. Pre-orders get the Adventurer’s Treasure Box which includes Skill Points, Blue Seeds of Defense, and Red Seeds of Power, which should provide some extra defense and attack from the outset.