Bloodborne is arguably this gen’s best new IP but Sony’s consistent silence on a potential sequel is baffling.

FromSoftware’s Bloodborne, existing separately from the immensely popular Dark Souls series, was an immensely well-received game. Yet it would seem apparent that there are no plans for a sequel, potentially making Bloodborne a one-off rather than a series. It would be in line with plans for the Souls series itself, which would be set to conclude with Dark Souls 3. But why is it the case that Bloodborne 2 doesn’t exist yet? Is there any hope for a Bloodborne 2? And what is it about Bloodborne that makes a second game so in-demand to begin with? We’ll show you in this video.

Bloodborne is developed by FromSoftware, and released in between Dark Souls 2 and Dark Souls 3. While there are clear similarities in gameplay between Dark Souls games and Bloodborne, it’s generally the case that Bloodborne‘s design tends to reward faster and more aggressive gameplay. Nevertheless, the similarities in design and aesthetic have coined the nickname “Soulsborne” as a tribute to both franchise’s gameplay experiences. That being said, Dark Souls 3 released in 2016. When the Bloodborne DLC “The Old Hunters” was finished being working on by FromSoftware, the development team moved to work on a major new title – the recently released Sekiro: Shadows Die Twice. 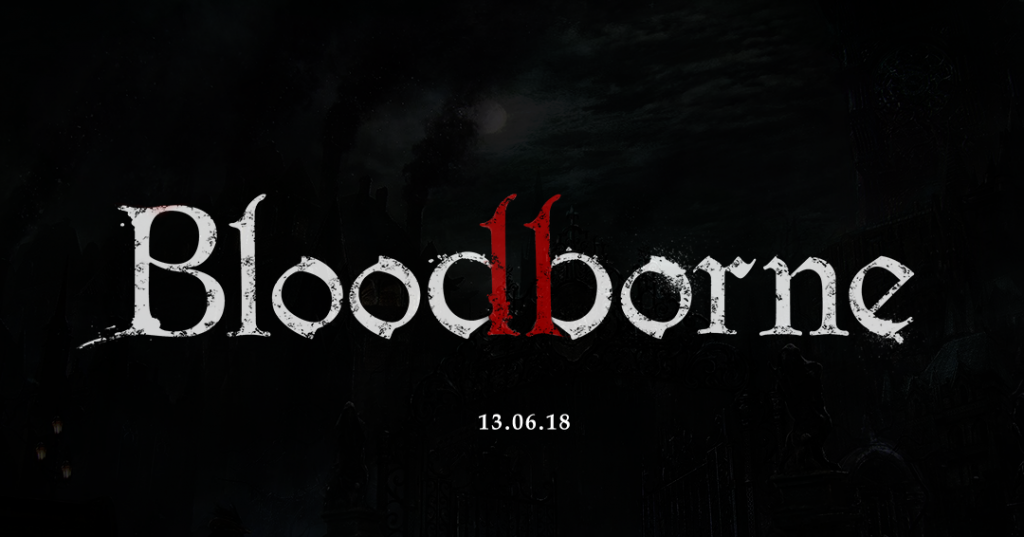 Hidetaka Miyazaki, the director of the Souls series and Bloodborne, and also the president of FromSoftware, has been pretty vocal about his plans for Bloodborne and the Souls games. For Bloodborne in particular, Sony and FromSoftware have been consistently in denial that any such project exists – and not in a way that suggests necessarily that Bloodborne 2 is a realistic possibility, but in such a way that casts doubt that the project is currently being worked on. The easter eggs to Bloodborne found in the PSVR title Deracine were thought by many (or perhaps, hoped by many) to be an allusion to another Bloodborne title being in the works.

But such a notion was denied by Miyazaki in 2018, stating that the Easter eggs were not indicative of plans for a sequel. In a recent interview conducted with Game Informer, Miyazaki further explained that it was a decision within FromSoftware to place references to Bloodborne in Deracine strictly as a homage to the game itself, indicative of the team’s love for the title. However, Miyazaki also acknowledge that the specuation for a sequel is an indication that the Easter eggs were interpreted beyond FromSoftware’s intention, and as such they hope to tread more carefully regarding any commentary on Bloodborne in the future.

Bloodborne itself arose as Sony approached FromSoftware for a new IP. As FromSoftware was approached about the idea and Miyazaki would begin to consider it, he came to the conclusion that it was necessary for this new project to be developed on the PS4, to suit his artistic vision – high-end hardware would be necessary to create the detailed world desired for Bloodborne. This also explains why Bloodborne is not a cross-generational title – while it may seem like a long time ago, there were many titles that were released cross-generationally during the earlier part of the PS4’s life. 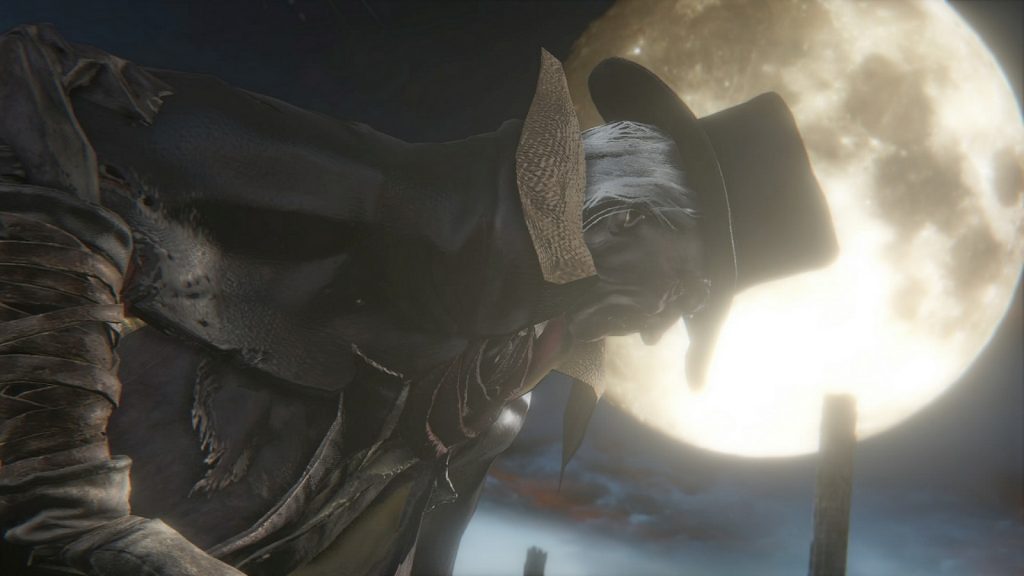 It must also be said that Sony itself does own the Bloodborne IP, so any notion of a sequel would have to be approved by them. This is at least part of the reason why Miyazaki had worried that the rampant speculation about a sequel to Bloodborne that arose from the Deracine Easter eggs had “inconvenienced” Sony to some degree.

But what about Bloodborne makes it so popular to begin with? The Souls games are a popular franchise to begin with, and it turns out that development for Bloodborne was concurrent with Dark Souls 2. But it’s in the exactingly difficult gameplay with a great emphasis on speed, and the haunting fantasy-horror aesthetic that combine to make a game that is both somewhat iterative on the existing “Souls formula” but still distinct on its own – though neverless fantastic in execution. The game is in no way seen as a cash-in – it has its own identity. Even if the gameplay experience is familiar to those who already appreciate the Souls series, it’s a product that heavily rewards the player’s investment into the game, and the sense of accomplishment from overcoming a difficult challenge is something that Bloodborne excels in articulating. All of this aside, Bloodborne also has a rich and interesting story that invites much speculation even after fully completing the game.

Bloodborne, a great effort from FromSoftware, resulted in a two million in sales as of September 2015, which is notable because the game itself released for all scheduled regions in late March of the same year. While Bloodborne may have released in something of a slow period, it cannot be denied that reaching that target within less than half of a year is an amazing feat, especially for a new IP.

Sony UK’s manging director Fergal Gara mentioned that he was surprised about Bloodborne commercial performance, though it is possible he many have been talking about sales within the UK itself. Even so, he had stated that he expected the game to do well, but even then Bloodborne had exceeded his expectations.

All of this being said, it is also exactly Sony that is most staunch about not making statements about a hypothetical Bloodborne 2. As Sony owns the IP, it would likely figure that if there were a hypothetical Bloodborne 2 to be released in the future, they want it to be executed in such a way that it will maximize sales potential for themselves. To make no statements on behalf of Sony itself, it could perhaps be the case that this involves development on the next Playstation system. Given Sony CEO and President Kenichiro Yoshida’s comments in 2018 about next generation hardware being “necessary,” and combining this with Sony’s ownership over the Bloodborne IP, they may want the game to take advantage of certain next generation features, or for it to be a launch title.

It also has to be said that games such as the Souls games, Bloodborne, and the recently-released Sekiro are high-investment games on the part of FromSoftware and take years to complete. Sekiro’s development began in late 2015. Bloodborne‘s development likely began in 2012. 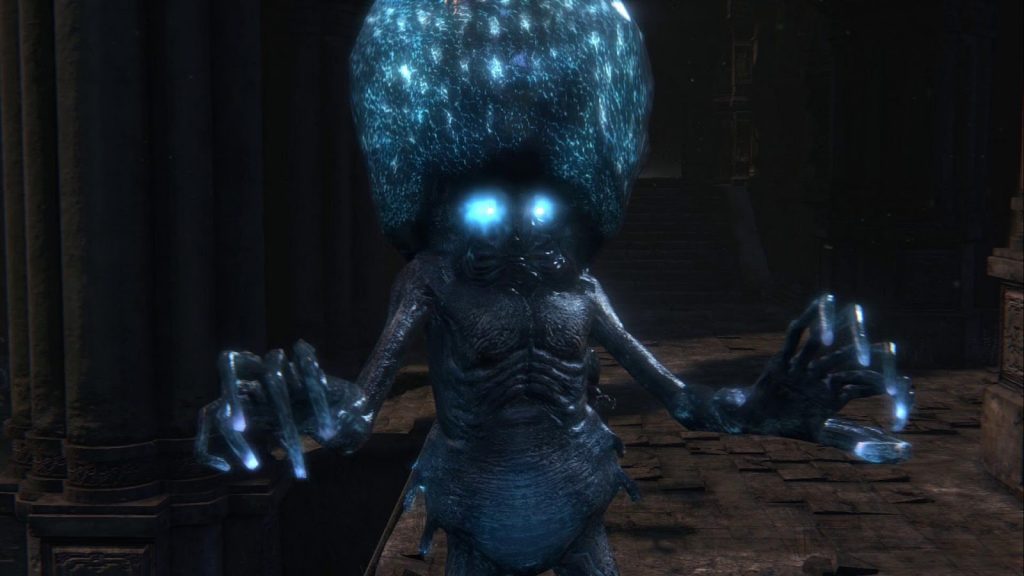 In an interview with Japanese outlet 4Gamer that was published in December of last year, Miyazaki commented on FromSoftware’s “3.5” title development plan. Translation of this interview from Gematsu explains that this idea refers back to a comment he made in June 2016 discussing the number of games FromSoftware was working on at the time: 0.5 refers to Deracine, and 1.0 refers to Sekiro. 4Gamer had asked if this math suggested that there are two games currently in development that are unannounced, and Miyazaki confirmed it. Miyazaki further added that both games are “FromSoftware-esque titles” and that it wasn’t the time to discuss the games in depth yet, but they’ll be able to “‘tell everyone more about them once they take shape.'”

It’s tricky wording. It has been nearly two years in development for both of these games, but game development can be a lengthy process, and public commentary has to be coordinated with promotional strategy, AND with any other relevant company partners. If there’s a type of game that can be considered to be “FromSoftware-esque”, it’s very easy to respond with “Soulsborne!”, but Miyazaki has already been up front about not encouraging that speculation any more than is necessary. It also has to be said that Miyazaki has stated that he doesn’t want to indefinintely create Souls series and Bloodborne games, though he said shortly after that he thinks Dark Souls 3 is the close of the Souls series. This all adds up to assessing Bloodborne 2 as a “possibility”, but not much more. The lack of confirmations or denials, understandable either way, don’t help necessarily, but an optimist would be happy to hear that there have been no outright denials. But if Bloodborne 2 is being developed for a hypothetical Playstation 5, expect to wait several more months.

Maybe the PS5 will be revealed this year, but even that expectation is optimistic and may be ahead of Sony’s schedule.  Regardless, we can say for sure that the relevant parties aren’t reacting unfavorably to the demand for Bloodborne 2! Let us know your thoughts about a hypothetical Bloodborne 2 in the comments section – do you expect one to be released at all, do you think a sequel is necessary, in light of Miyazaki’s comments about not repeatedly making Souls-like games?