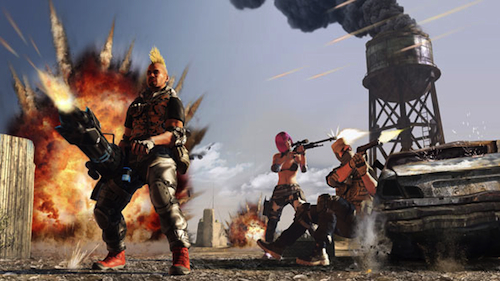 In a similar vein to the early Unreal Tournament titles, Bullet Run sees players compete in a futuristic game show where points are prizes, awarded for stylish kills. Each game will allow for up to 20 players at any time, across 6 maps, in both Team Deathmatch or “Dominion” game modes.

Beta registrations are open on the game’s official website, as well as the game’s first trailer and a whole host of screenshots.

Developed by ACONY, Bullet Run looks like it could be an interesting addition to the burgeoning world of free-to-play. It looks likely we’ll find out more at this year’s E3 so keep your eyes peeled.