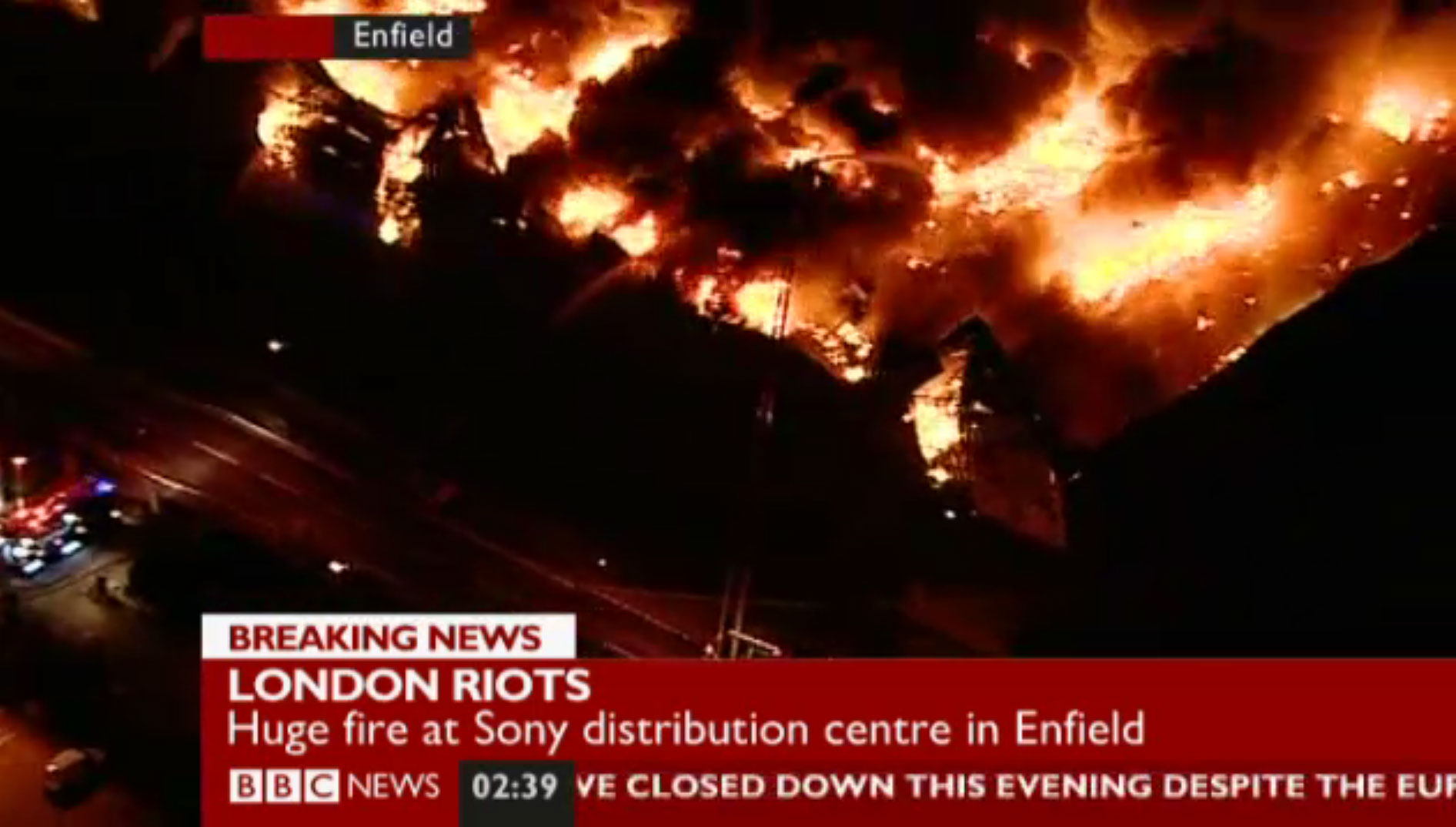 Sony DADC (Digital Audio Disc Corporation) was set ablaze by rioters in Innova Park, Enfield. Sony has a lot of DADC facilities around the world including India that specializes in CD, Blu-Ray, DVD production and distribution. London is under chaos with rioters destroying all private and public property with wide scale looting. The DADC facility also specializes in researching new Optical media.

BBC has confirmed that rioters stole some Sony products while fleeing the scene. The facility was insured so this reduces the loss to Sony somewhat.