One year ago if you asked us to predict what Sony would be preparing for E3 2015, we would have presented a number of different scenarios. Granted, they were all over the place due to Sony’s manifold approach to gaming these days but there seemed to be a relatively strong push for the indies, followed by some new announcements like Bloodborne and The Order: 1886. There were even announcements like Entwined which launched to open the show.

This year appears to be slightly different. We don’t sense a domineering indie initiative like last year, though it’s likely that Sony will devote a significant portion of its conference to the same since there are still exclusive releases like Everybody’s Gone to the Rapture and big-name titles like SOMA to look forward to. The PS Vita seems like it’ll be on the back-burner in terms of new announcements as well. We also don’t expect another Powers-type presentation to slow the show down to a halt. So what can we expect?

It would be slightly remiss if Sony didn’t show some kind of progress with its VR headset. There isn’t much confidence in a release date though a release window of sorts seems like a strong possibility. Forget about pricing as well – Sony’s E3 2015 presentation, if it chooses to acknowledge Morpheus, will probably show a game or two while teasing what’s to come. If information from Sony is to believed, this will begin the campaign for games on Sony’s VR headset. Perhaps that new project coming from former Evolution Studios members will finally be teased?

This seems like the most appropriate step. After all, gamers have rather verbally stated their desire to avoid long demos with gimmicks like Kinect and Move. Sony may talk about Morpheus like it’s a real but we’d be stunned if it took up more than 10 minutes at the press conference. Perhaps Sony will see fit to bestow a final name to Project Morpheus for the future? 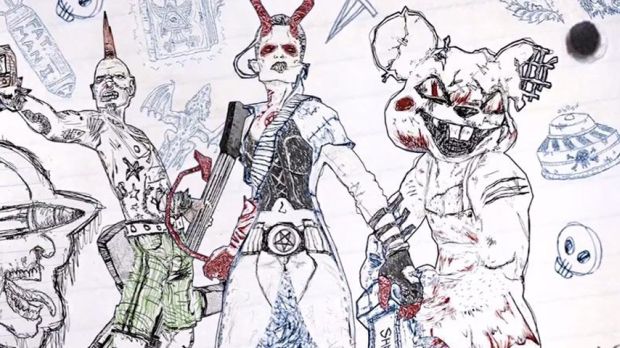 Release Dates for All

Sony showed off a lot of games last year…and then fumbled by not giving release dates to many of them. Uncharted 4: A Thief’s End has already been delayed and E3 2015 does seem a little early to provide a new release date (gameplay footage is pretty much a lock though and Uncharted: The Nathan Drake Collection will be occupying some stage time as well). So instead, you can likely look forward to games like Kill Strain, Let It Die, Drawn to Death and whatnot finally being dated.

Could E3 2015 also be the place that Sony decides to re-launch DriveClub: PS Plus Edition? It would be an odd move – after all, that release has been synonymous with many, many failings from a prominent first party studio. Why draw attention to it? Then again, it is a significant announcement and if handled correctly, could go a long way towards winning back some of the goodwill that was squandered last October.

We also expect Dark Souls III to be properly revealed at Sony’s conference due to the Bloodborne connection, the latter of which will provide an announcement for the PS4 exclusive’s first expansion. Then there’s Destiny: The Taken King which will likely have a teaser at Sony’s conference along with the promise of exclusive maps and items for PlayStation players. And heck, why not show some footage for Until Dawn while we’re at it?

For some reason, it’s looking more and more likely that a sequel to The Order: 1886 could be launched. There’s been no evidence to indicate the same – as in, none at all – but with the relative length of the first game and it’s open ended nature, E3 seems like a good place to tease a sequel? Regardless, expect Ready At Dawn to have some kind of presence at E3.

A sequel to The Order: 1886 still feels more possible than The Last Guardian finally re-emerging. Another year and another E3 will pass by but we have to wonder if people will ask any questions as to the current state of Team ICO’s adventure. David Cage and Quantic Dream have been missing for a while too but at this point, we wouldn’t put it past Sony to announce Beyond: Two Souls Remastered for the PS4 while Cage teases his first PS4 exclusive title.

The one game that has us somewhat intrigued is Horizon, Guerrilla Games’ third person, open world action RPG. The developer is renowned for the Killzone franchise of first person shooters and a diversion into RPGs would be odd at best. Regardless, the leaked art and concepts show that it’s significantly different from all the usual riff-raff running around. It also seems that, unlike previous suspicions, it won’t be a game that will try to compete with Bungie’s Destiny in the online department (dedicated single-player for the win).

Still the Best Around?

Sony has experienced nothing but success since E3 2013 with its price announcement for the PS4 all the way up to +20 million consoles sold worldwide since its late 2013 launch. However, it’s in somewhat of a conundrum. Unlike the Xbox One, there haven’t been any major must-have titles for the PS4 like Bloodborne. It seemed like Uncharted 4: A Thief’s End would have filled that gap but the delay worsened things significantly. inFamous: Second Son has faded into the periphery, The Order: 1886 was a disappointment and DriveClub…still has its fans, despite a horrible launch.

The point is: Sony will be entering with all the momentum in the world but needs to announce AAA titles that will be in consumer’s hands by year end. It needs to have games that people will buy, rather than wait to buy. It’s not like the console has to fear the Xbox One catching up any time soon but it’s better to widen that lead further than become complacent.

As it stands, this E3 will be bigger than ever for Sony. We’ll be looking forward to all the announcements and providing the latest coverage of the event on June 15th so be there or be square. Let us know in the comments what you expect Sony to showcase next week.