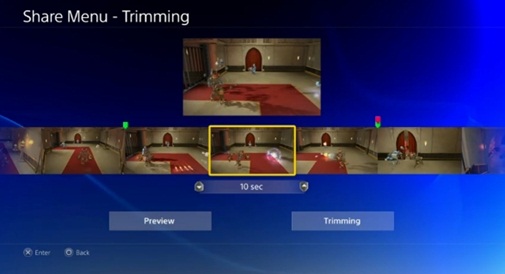 A common theme and refrain this year has been how Sony has been reluctant to update the Playstation 4 with any promised functionality or features at all, while Microsoft and Nintendo continue to make their respective consoles more and more attractive with frequent, feature rich firmware updates. And the one time that Sony did launch a big firmware update- PS4 2.00- the update was a mess, messing up many users’ PS4 systems in the process, and requiring a further update to get the damage done by it fixed.

Speaking about the PS4’s update situation to VentureBeat, SCEA’s Shawn Layden said that Sony was looking into doing smaller, more frequent PS4 firmware updates, and at adding more and more features to it in 2015-

“We’re looking at all these issues [regarding the PS4’s firmware updates]. Sometimes these updates get big because so many of the components are reliant on each other in some way. It naturally creates its own size effect. But I think we’ll look at the rollout going forward and see when we can get a discrete benefit or feature that can go out and go out now. You’ll still see some of the large ones, just because they’ll be packaged together.

“We’re looking at 2015. Our concentration is going to be around continuing to provide two things. One is, from a hardware standpoint, we want to continue to innovate across the hardware. There are lots more features and benefits we can pull out of the PlayStation 4 hardware. It’s pretty well feature-proved to allow us to do that. We’ll continue to execute on that.”

Well, Shawn, Sony has made these promises before, but one year in, it has failed to deliver on any of them. Let’s hope you have a better track record going into year two.