A new Sony patent describes technology that could be used to scan real world items into virtual reality game worlds.

It’s been clear for a while now that Sony is heavily invested in the virtual reality space, and with the recent announcement of PlayStation VR2, it’s become even clearer of late. The new VR headset’s announcement, however, was lacking in any tangible details about what to expect from the hardware- though if a newly discovered patent is anything to go by, Sony might be toying with some interesting ideas.

Reported by Game Rant, Sony filed a patent last summer that was recently updated, which describes technology that can be used to scan real world items and objects and generate them as virtual objects with full 360-degree views into virtual reality games, with properties chosen by the user. A mock-up for the same from the patent’s application can be seen below.

Of course, as is the case with any patents, this doesn’t guarantee that Sony will be implementing ideas like this in the near future. Often, patents are just companies protecting their technologies and ideas, and don’t necessarily materialize as something concrete- but it does indicate that these are ideas that Sony is at least toying with.

There’s plenty else for VR fans to look forward to though. Sony recently announced Horizon Call of the Mountain for PSVR2, which will apparently be a huge leap forward for AAA VR games, while rumours have also indicated that Half-Life: Alyx could also launch for the new VR headset. 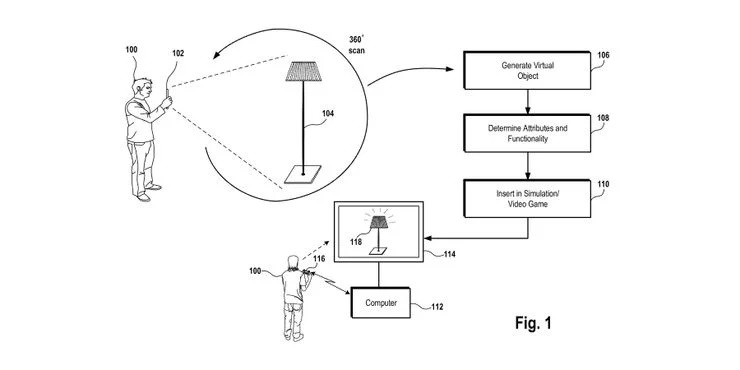