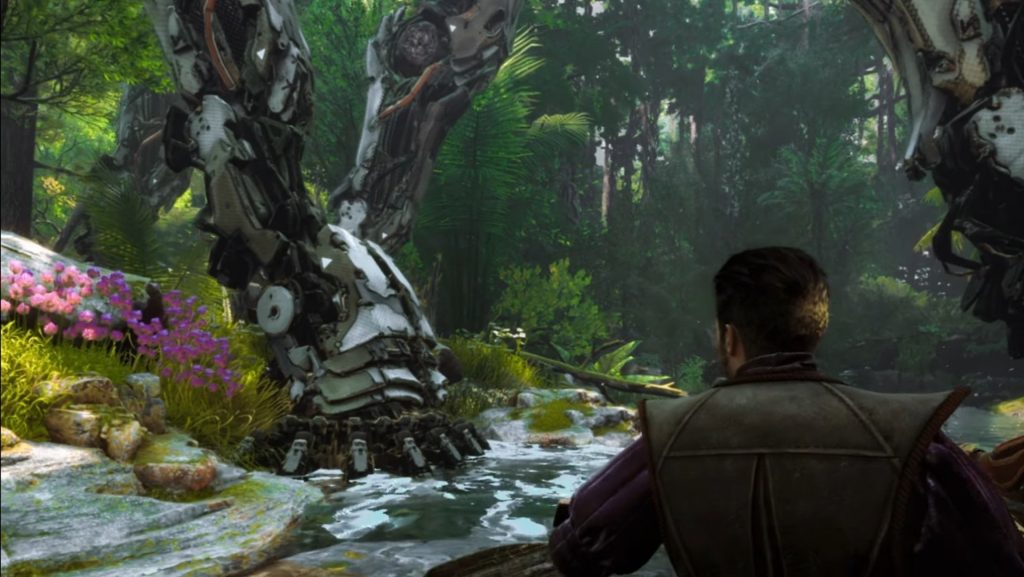 After a long silence on what their plans were in the VR space, recently, Sony recently officially announced PlayStation VR2, the PS5’s very own next-gen VR headset. Interestingly, they paired that announcement with the reveal of Horizon Call of the Mountain, a new VR-exclusive spinoff in Guerrilla’s series that’s being jointly developed by them and the recently-PlayStation-acquired Firesprite Games.

We didn’t see much of the new Horizon game in its recent reveal trailer, and details on it by and large are scant- but it seems like it might be one looking forward to nonetheless. Chris James – who serves as senior world designer on the upcoming Horizon Forbidden West for three years until about a year ago, recently took to Twitter and revealed that Horizon Call of the Mountain has “been in the works for a while.”

Interestingly, James says that though he didn’t work on this game in particular, he promises it will “change what AAA means for VR.” Of course, James was working at Guerrilla for three years, which means he must have gotten plenty of behind-the-scenes looks at what the VR project is and how it’s shaping up. Some months back, leaks claimed that Sony was shifting its focus in the VR space to larger, AAA games, and this would definitely fall in line with that.

Either way, there’s no word yet on when Horizon Call of the Mountain will launch, but whenever it does, it will, of course, be available exclusively on PS5 with PSVR2. Meanwhile, Horizon Forbidden West is launching on February 18 for PS5 and PS4.

This is been in the works for a while.

I didn’t work on it, but I promise you this will change what AAA means for VR.