Sony Promoting the PS3 Heavily In Japan This Holiday 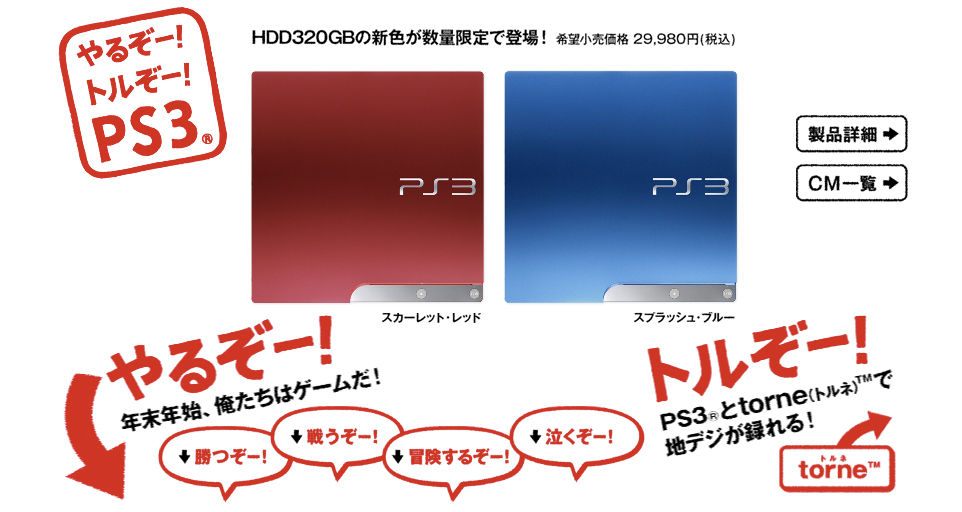 Looks like Sony wants to end this year with a bang in Japan, as they have started promoting the PS3 a lot. They opened a new website called, “Play It, Take It, PS3.” Translated via Andriasang.

The PSP received a similar promotion as well, with Red and Black colours and the PS3 now, has received Scarlet Red and Splash Blue colours. In case you didn’t know, system colours are system sellers in Japan.

They are also bundling the PS3 with Torne recorder which has been very popular in Japan. Currently sales wise, the PS3 leads in Japan for this year, and it doesn’t look like the Wii will catch it any time soon.