Sony has the agility and foresight of a true market leader.

Earlier this week, in an announcement that came out of nowhere, Sony confirmed that it will be capitulating on what has been a bone of contention between it and the rest of the gaming industry for a few months now—the matter of extended cross-platform play between the PlayStation 4, and other gaming consoles, such as the Nintendo Switch and the Xbox One.

Sony has long resisted calls to open up the PS4 to cross platform play with competing systems; reasons given by the company have ranged from them wanting to protect the children on their consoles from potential unsavoury elements in ecosystems beyond their control, to them thinking the PS4 is just better than all other systems, so who cares about cross platform play with the other systems anyway. It has made them look increasingly backward as third party publishers and developers including Bethesda, Bandai Namco, CD Projekt RED, Psyonix, Epic, and more, have all begun to call them out. And it has begun to make them look backwards and regressive, as Microsoft and even Nintendo, a company famously averse to embracing anything to do with the internet, have jumped into the connected future head on. 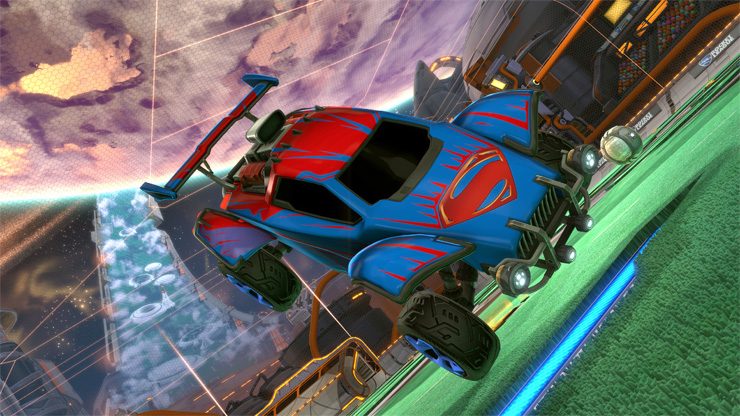 "Sony’s resistance has made them look increasingly backward as third party publishers and developers including Bethesda, Bandai Namco, CD Projekt RED, Psyonix, Epic, and more, have all begun to call them out."

Worse still, it has actively detracted and degraded the experience of players playing on PlayStation. Minecraft on the PS4 has been a hobbled version, missing out on all the perks of the Better Together update that hit every other currently supported version of the game earlier this year. Most famously, and the whole reason this controversy escalated into being as big as it is, Fortnite players found that they couldn’t log in with their Epic accounts on the Nintendo Switch, even after having disassociated their accounts from PSN, as a result to Sony locking down their ecosystem entirely from Nintendo and Xbox. Moves such as locking third party accounts, and holding player progress hostage, have made Sony come off as increasingly anti-consumer, and at odds with the #4ThePlayers image that they tried so hard to inculcate earlier in the generation.

Incompetent, regressive, inferior, anti-consumer: complaints leveled at Sony. And yet, Sony’s bottom line has hardly suffered from any of this. The PS4 continues to sell at a frankly unprecedented pace for a system that is in its fifth year on the market, and Sony’s first party has never done better than it is doing right now. So in spite of the outrage that Sony has seen online, and even in mainstream media that covered the issue briefly during E3 earlier this year, the company could have easily doubled down and stayed the course, at least for the rest of the generation. Goodness knows that that’s what Microsoft and Nintendo would have done in the past. And this is not a hypothetical—we have evidence that both companies are usually content to not rock the boat when they’re doing well. Microsoft was criticized for the Xbox Live paywall even for third party apps like Netflix, or free services like the internet browser, but the company staunchly refused to back down from that until the tumultuous launch of the Xbox One. Nintendo has been criticized for the dismal and frankly baffling approach it takes to online services for the better part of a decade now, and we still can’t say that they’ve responded to player criticism too well here, given the voice chat shenanigans they put you through on the Switch.

"It is easy for the market leader to grow complacent, and then try to keep things the way they have been going so far—after all, they’ve worked this long, so why change up a winning formula, right?"

All of which is to say, it is easy for the market leader to grow complacent, and then try to keep things the way they have been going so far—after all, they’ve worked this long, so why change up a winning formula, right? It’s a mentality that you can sort of understand—but also one that leaves them open to being usurped by a competitor willing to respond to consumer complaints in that moment of time, and it is also the reason that Nintendo and Microsoft have both, while having led the market on a few occasions in the last two decades, never been able to stay on top. They grow bloated and complacent once they’re in the lead, and leave an opening for a competitor to undercut them.

And that’s where Sony is different, as evidenced by their surprisingly quick reaction to the cross platform and cross progression play issue. Right here was an issue that a company currently at the top of the world, leading the market, with no hopes of its immediate competition catching up with it at any time in the near future, could have afforded to ignore. Dig your heels in, plug your ears, and drown out the noise of the outrage. After all, what will the market do? If they want to play Spider-Man, where else will they go? Where else can they go? It would have been no different from how Nintendo or Microsoft have responded to similar complaints in the past, right?

"This is why Sony has led the console market more than Nintendo or Microsoft in the last twenty years—they’re entirely proactive, not just reactive."

But this is why Sony has led the console market more than Nintendo or Microsoft in the last twenty years—they’re entirely proactive, not just reactive. They could have chosen to ignore the outcry, but that would have been short sighted, and they would have risked fostering ill will and negative sentiment towards the brand they have worked so hard to rebuild over the last five years, and could have come back to affect them with the PS5 launch. Instead, they got ahead of the issue, and nipped it in the bud, addressing it when they had no immediate impetus to do so, and thereby ensuring they would get plaudits, and good PR, along the way. They ensured that any possibility of a long term spectre or advantage the competition could boast of over them was eliminated right away.

This is the mark of a true market leader- the popular maxim is, “skate to where the puck is going, not where it is”. It’s a way of saying that to ensure long term market dominance, you need to keep moving, and not afford to get complacent or take your foot off the pedal. Sony, with their moves this generation, of which their response to the cross platform play controversy is just the latest one, have demonstrated a capacity of doing just that. They have demonstrated, once again, why they are a true market leader.