Welcome back to the stage of history (again) this autumn. 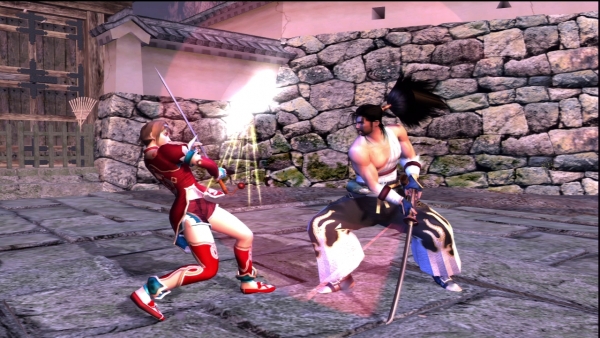 Namco Bandai has recently announced at its “Future of Fighting Games” panel during the San Diego Comic-Con that it will be releasing an HD remake of Soul Calibur II with features for online play .

Titled Soul Calibur II HD Online, the game will be releasing as a digital download for the PlayStation 3 and Xbox 360 this Autumn. It will also feature Tekken’s Heihachi, who was previously an exclusive character on the PlayStation 2 version of the game.

Before you ask, Link won’t be making an appearance this time around (being an exclusive character for the GameCube version) and as of now, it is unknown if Spawn will appear (Namco Bandai simply offered no comment on whether the Xbox exclusive character would be included).

Given how Soul Calibur II was one of the better games in the series, this is good news indeed. We’ll just have to see if it still holds up after all this time like the first game did.